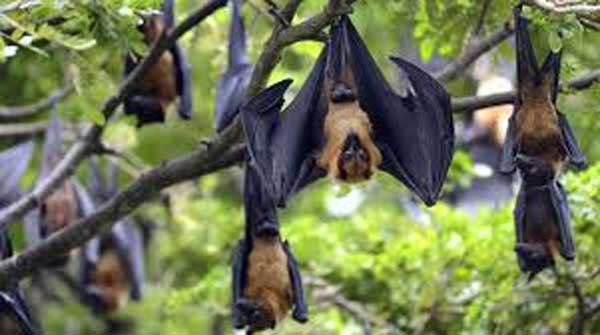 Nagpur: Nipah Virus Infection (NiV) is a viral zoonosis caused by Nipah virus of the genus Henipa virus in both animals and humans. This virus was first identified in Malaysia and Singapore in 1998. At that time, it was caused in pigs and through them to humans. It was first seen in fruit bats of the Pteropodidae family, which are also the natural hosts of the virus. Out of an estimated 582 human cases of Nipah virus, 54 percent were fatal.

The virus causes severe complications in both humans and animals alike. It has a high fatality rate and transmits mainly through bats, pigs, and other animals. People infected by Nipah virus should be treated with intensive supportive care.

Signs and Symptoms
In humans, Nipah virus causes asymptomatic infection. Usually, the symptoms of this infection are visible from 5 to 14 days after being exposed to the virus. The signs and symptoms of Nipah virus infection include: Fever, headache, vomiting, nausea, drowsiness, disorientation, mental confusion, coma, respiratory illness during the initial stages of infection and symptoms of epilepsy in some people. The symptoms can progress into coma as fast as in 24–48 hours. Encephalitis is the dreaded complication of Nipah virus infection. Nipah-case patients who had breathing difficulty are more likely to be the victims of the virus than those without respiratory illness.

Transmission
Nipah virus infection is a contagious disease and it spreads among living beings. The main carriers of Nipah virus are fruit bats, from which the virus can be transmitted to humans and other animals.

Nipah Virus is usually associated with inflammation of the brain due to which the attendant severe fever can often lead to a state of confusion, disorientation and even persistent drowsiness. If not taken care of, these symptoms can even cause a coma in a span of 24-48 hours. There are many patients who show neurological, respiratory and pulmonary signs as well. Therefore any such signs should not be ignored.

Treatment
There is no effective treatment currently for Nipah virus infection. The treatment is limited to supportive care. It is unfortunate that there is no a vaccine for humans or animals affected by Nipah virus. Therefore the primary treatment for Nipah virus is intensive supportive care. It is important to practice standard infection control practices and proper barrier nursing techniques to avoid the transmission of the infection from person to person. All suspected cases of Nipah virus infection should be isolated and given intensive supportive care. The anti-malarial drug chloroquine was shown to block the critical functions needed for maturation of Nipah virus, although no clinical benefit has yet been observed. M.102.4, a human monoclonal antibody, has been used in people on a compassionate use basis in Australia and is presently in pre-clinical development.

Prevention
Prevention of Nipah virus infection is important since there is no effective treatment for the disease. The infection 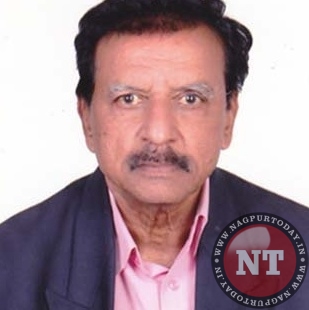 can be prevented by avoiding exposure to bats in endemic areas and sick pigs. Drinking of raw palm sap (palm toddy) contaminated by bat excrete, eating of fruits partially consumed by bats and using water from wells infested by bats should be avoided. Bats are known to drink toddy that is collected in open containers, and occasionally urinate in it, which makes it contaminated with the virus. Surveillance and awareness are important for preventing future outbreaks. The association of this disease within reproductive cycle of bats is not well studied. Standard infection control practices should be enforced to prevent nosocomial infections. People should avoid staying in places where large number of bats are found. Nose mask which prevents inhaling virus should be used. NH 95 grade or equivalent mask is a good option. Hands should be washed frequently with cleansers.

Avoiding direct contact with infected pigs, bats and humans in endemic regions should be practiced. Health professionals attending to such patients should take precautionary measures, such as wearing masks and gloves. If you feel uneasiness when in and around an infected region, get yourself tested immediately and report it to health care professionals.

Since Nipah virus infection is contagious, one should follow standard infection control practices to minimize the chances of virus transmission.

The important precautionary measures include:
• Do not eat fruits that have fallen on the ground
• Avoid consumption of contaminated food
• Avoid direct contact with infected people
• Wash hands properly after contacting infected persons
• Wear mask and gloves while handling patients

Risk of exposure
Fruit bats are the natural reservoirs of Nipah virus. The risk of exposure is high for hospital workers and caretakers of those infected with the virus. In Malaysia and Singapore, Nipah virus infection occurred in those with close contact to infected pigs. In Bangladesh and India, the disease has been linked to consumption of raw date palm sap (toddy) and contact with bats.

Outbreaks
Nipah virus outbreaks have been reported in Malaysia, Singapore, Bangladesh and India. The highest mortality due to Nipah virus infection has occurred in Bangladesh. In Bangladesh, the outbreaks are typically seen in winter season. Nipah virus first appeared in Malaysia in 1998 in peninsular Malaysia in pigs and pig farmers. By mid-1999, more than 265 human cases of encephalitis, including 105 deaths, had been reported in Malaysia, and 11 cases of either encephalitis or respiratory illness with one fatality were reported in Singapore. In 2001, Nipah virus was reported from Meherpur District, Bangladesh and Siliguri, India. The outbreak again appeared in 2003, 2004 and 2005 in the districts of Naogaon, Manikganj, Rajbari, Faridpur and Tangail In Bangladesh, there were outbreaks in subsequent years as well. In May 2018, ten deaths in Perambra near Calicut, Kerala, India have been confirmed as a result of the virus infection, including that of one health care worker.