New Delhi: Petrol and diesel prices have been riding a 55-month high trajectory in India, with crude oil touching the $75 per barrel mark. However, more surprising is the fact that no change has been seen in petrol and diesel prices in the country since April 24. Some have linked the upcoming Karnataka Assembly election scheduled to be held on May 12 for steady pricing, even though the benchmark international rates have gone up by almost $2 per barrel. Despite volatility in international market, oil marketing companies in India, doing away from the practice of daily revision adopted on June 16, 2017, have not revised them.

The prices have remained constant with no revision across all metro cities – Delhi, Kolkata, Mumbai and Chennai – for over a week now. Today’s petrol price in Delhi is Rs 74.63, in Kolkata Rs 77.32, in Mumbai Rs 82.48 and in Chennai Rs 77.43 per litre. 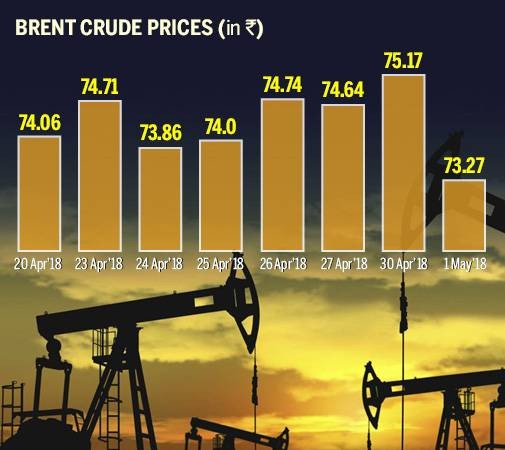 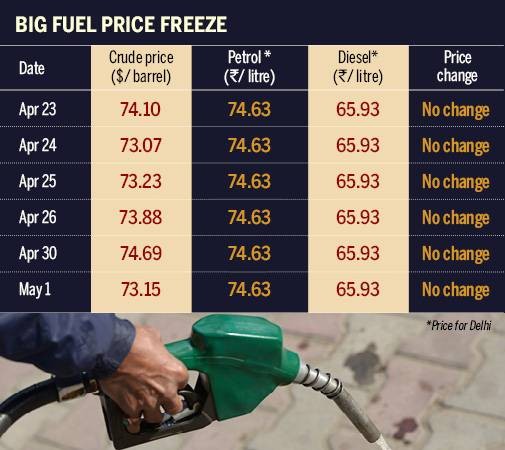 Factors that could bring down prices
Economic affairs secretary Subhash Chandra Garg said there’s a possibility of fuel prices coming down in a few days. He hoped the improvement in geopolitical tensions across the Korean Peninsula, and the US shale gas boom could reduce the crude oil price, which has reached a three-year high. Garg also cited three reasons behind the recent fuel rally: less storage, international tensions at the business level, and tensions across Syria and the Korea Peninsula.