7 person died of Dengue in last 4 months at GMCH 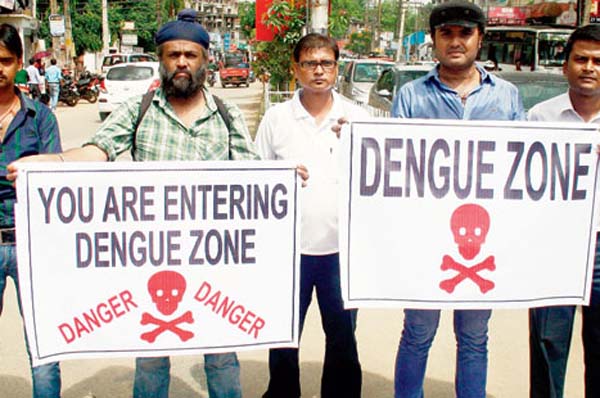 Nagpur News: In last four months 7 patients have died of Dengue and 5 patients died because of Malaria at Government Medical College &Hospital, Nagpur. In East Vidarbha Dengue has claimed 13 lives and Malaria 11 lives.

The heavy and continuous rains this year in all parts of Vidarbha has taken its toll. Many Water bodies becoming breeding grounds of mosquitoes thus spreading malaria. According General Health Department numbers 76 patients suffered from Dengue. Whereas 65 Dengue patients were admitted in GMC and  about100 patients were examined for malaria.

From last few years the medicine spray to prevent mosquitoes is not done in adequate manner. Also the vacant plots with water logging in it increased the breeding of mosquitoes.

According to information Swine flu has claimed a life of a person this Tuesday at GMCH. Bhagwan Dubey (46) a resident of Chandrapur was hospitalized in GMCH. During medical inspection it was confirmed Swine Flu. He breathed his last on Tuesday.

With this Swine Flu has claimed 24 lives from January till date.