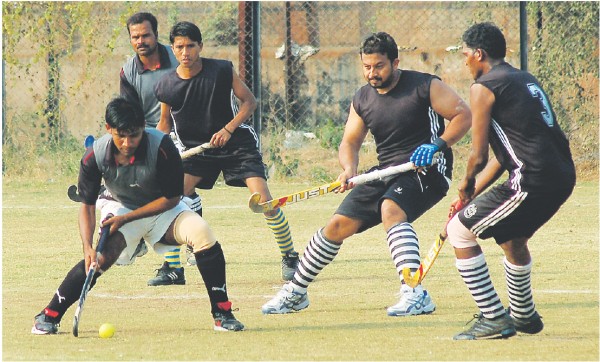 Dhyanchand and Young Star players displayed fine skills with the sticks in a fast paced thrilling match. Shabaz Pathan gave Dhyanchand Sports ‘A’ the lead in 16th minute. The scoresheet read 1-0 at the breather. After a see-saw battle, Ravikant Supare’s 53 minute strike drew parity for the Kamptee outfit. In the last minute of play Suryawanshi slammed the winner for Dhyanchand Sports helping the side score full points.

Amit Yesur’s brace (26th, 44th minutes), one on either side of the half-time, after Vinay Baghel had scored the opening goal in the 23rd minute earned City Police a comfortable 3-0 win over Athletic Club 3-0.

Eagle Academy’s Devshree Shahu was on fire scoring a hat-trick in their victory over Siddhart Sporting 3-0. She found the board in the 20th, 35th and 39th minutes.