The Deputy Chief Minister said a total of Rs 727 crore has been sanctioned for Nagpur Division for the year 2014-2015. Nagpur Division consists of six districts namely Nagpur itself, Chandrapur, Wardha, Bhandara, Gondia and Gadchiroli. 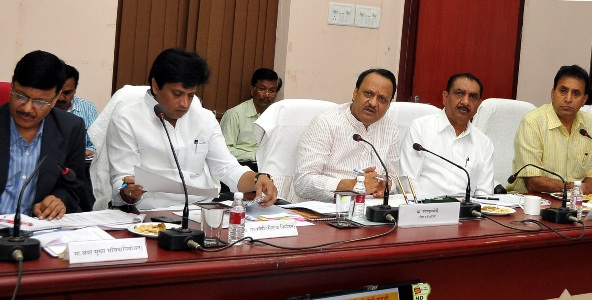 Maharashtra Deputy Chief Minister Ajit Pawar has asserted that the State Government has increased the outlay for District Planning Committees (DPCs) in Nagpur Division by a staggering Rs 72 crore. A total of Rs 727 crore has been sanctioned for Nagpur Division for the year 2014-2015. Ajit Pawar further said that the Chief Minister Prithviraj Chavan is likely to raise this figure in the Cabinet meeting to be held on Wednesday.

“The figures have been revised after getting reports from the Guardian Ministers and the Collectors of respective districts. The six districts are cumulatively getting additional Rs 78 crore.  The Government has always given priority to Nagpur district. The funds will be made available for all common schemes,” Pawar said. There will be an independent meeting for Adivasi and Special Category Class and how much funds to be allotted will be decided in the meeting. The District Collectors have informed that the funds allotted for 2013-14 will be spent before March 31, said Ajit Pawar.

“The State had to face drought and excessive rains this year. For helping the rain-ravaged farmers, the Government has not touched the local development funds, Adivasi funds and social welfare scheme funds. The Central and State Governments joined hands for overcoming the natural calamities and extended help to farmers in a big way,” the Deputy Chief Minister said.

“Niyojan Bhavan” in every district:

The Deputy Chief Minister said Niyojan Bhavan in Nagpur, Chandrapur, Gondia, Bhandara, Wardha and Gadchiroli districts will be constructed on the lines of Nanded Niyojan Bhavan in order to facilitate peoples’ representatives and bureaucrats take meetings on district level time to time. Funds for construction of Yojana Bhavans have been sanctioned, said Ajit Pawar.

“The wild animals cause heavy loses to the crops of farmers. The State Government, keeping in mind the interests of farmers, has decided to construct solar fences along the farms. This will help farmers in saving their crops from wild animals. Similarly, land will be acquired for construction of Medical College in Gondia. The decision to provide funds for school constructions from Sarva Shikshya Abhiyan has been taken,” Ajit Pawar said.