Amidst dozens of reports of spurious “Mawa” or “Khowa”, the main ingredient of traditional Diwali sweets, being seized by different authorities across the country, Nagpur also witnessed dealings of the very harmful stuff.

The Orange City is being flooded by the “Mawa” or “Khowa” from other states as the Diwali fervour has reached its peak with, of course, not all by the spurious one. 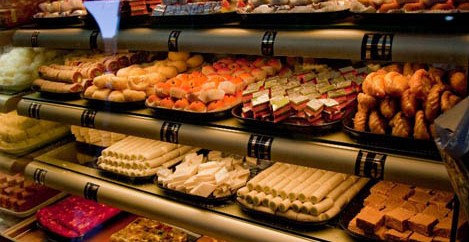 However, the profiteers and senseless businessmen, to take the advantage of the situation, indulged in spurious stuff as was seen at the MP Bus Stand, near Railway Station. Over 500 kilograms of highly harmful spurious “Khowa” was lying unattended which was later seized by the Food and Drugs Administration (FDA) Squad. The total worth of the “Khowa” has been estimated at Rs 65,000.

“The FDA contacted several dealers but nobody came forward to claim the unattended “Khowa” lying at the MP Bus Stand, which was on the expected lines. Since the “Khowa” is highly perishable staff, we will destroy it soon,” said the Assistant Commissioner of FDA N R Wakode.

The FDA has seized “Chamcham” worth Rs 5000 from the owner of the M/s Jitendra Caterers in Queta   Colony. The owner Dilipkumar Pawar allegedly used Sodium Hydrosulphide chemical to “shine chamcham” and preserve it unnaturally for longer period. The FDA seized the “shining chamcham” and also two packs of the chemical. “The chemical is highly harmful for human beings and the FDA has geared itself up for foiling marketing of spurious sweets specifically during Diwali. The “Chamcham” sample has been sent to the Regional Health Laboratory, and after receiving the report, the seized stuff will be destroyed,” Wakode said.