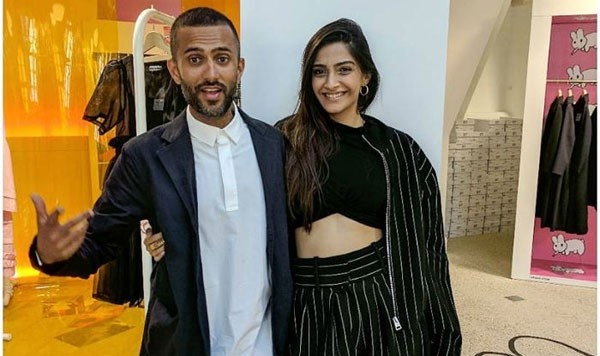 So it seems is finally happening. The preparations for Sonam Kapoor and Anand Ahuja’s wedding have started already and reports suggest that it can take place either on April 29 or early May. The family and the couple are keeping the affair hush-hush, but sources have it that the shaadi ki tayaari have started in a big way at bride’s father Anil Kapoor’s residence. Contrary to rumours about a destination wedding, the couple has settled for a Mumbai wedding but it is going to be a big fat Punjabi affair. We also hear that the wedding will take place at The Leela hotel, Mumbai.

As you read this, members of team bride, are already shaking a leg to Bollywood tunes and on choreographer Farah Khan’s command. She is taking care of the sangeet ceremony and the rehearsals have begun. A source quoted by Mumbai Mirror has said, “Rehearsals have kicked off at Anil Kapoor’s Juhu bungalow. The doting dad and mom Sunita will be putting together a special act for the bride-to be at the sangeet. Sonam’s cousins and extended family have joined in as well for the pre-wedding ceremony. They will perform on her hit songs like the Veere… title track, Abhi Toh Party Shuru Hui Hai from the Fawad Khan co-starrer Khoobsurat, the Prem Ratan Dhan Payo title track, and Dheere Dheere from her music video with Hrithik Roshan, among others, besides other popular wedding songs.”

The report also suggests that Sonam Kapoor will join in too for a special act. It is also said that Farah, who is also the choreographer on Sonam’s Veere Di Wedding, had been panicking about the ideal wedding gift to give the actress when she took on doing the sangeet ceremony and make it a night to remember. The wedding is surely going to be an event to look forward to and we cannot wait to see the pictures and videos from the do. There were also reports earlier that Sonam will be wearing Abu Jani and Sandeep Kholsa ensemble for her D-day. She is such a fashionista and we are sure she will look like a princess on her wedding day. The Sonam Kapoor – Anand Ahuja wedding is just round the corner and we can’t keep calm!