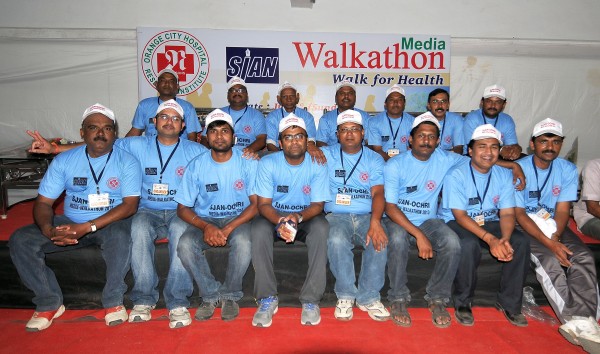 Nagpur News: As a part of International Sports Journalists’ Day, Sports Journalists’ Association of Nagpur (SJAN) will be felicitating talented football and hockey players at a function to be held on Tuesday (July 2) at Police Line Takli ground at 10 a.m.

The programme has been organised in association with Nagpur District Football Association (NDFA). Members of NDFA Second Divisional champion team Al Aziz Football Club will be feted on the occasion. Apart from them, four city women hockey players who had represented Maharashtra in the national will be honoured. An exhibition match of football between journalists and NDFA officials will be played on the occasion as a part of celebrations, informs SJAN secretary Kishor Bagde.