The doctors find themselves helpless to deal with patients of summer diseases like Sun Stroke, Gastro, Jaundice, Diarrhea due to lack of proper facilities 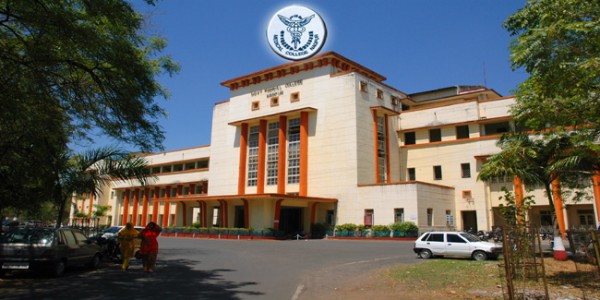 Nagpur News: If we try to inform the local citizens or other people across the country that for which reasons the Nagpur city is famous for? The information would be a useless one as every child, men, women in the entire country know for which the Nagpur city is chiefly famous for: One: The scorching Summer.  And Two: For luscious oranges.

However, knowing that the sizzling Nagpur summer  takes a heavy toll of citizens, the doctors at the Government hospitals: Government Medical College and Hospital (GMCH), the Mayo Hospital, and NMC’s Hospitals should have or must have prepared themselves and the hospitals where they work to deal with patients of traditional summer diseases like Sun Stroke, Gastro, Jaundice, Diarrhoea and other summer related diseases. However, the scenario at these hospitals is contradictory.

The hospitals as the first step create Cold Wards in their respective hospitals to handle the summer situation. And, these hospitals have done the same exactly. But the coolers installed at the Cold Wards are left to mercy of the lethargic ward boys or girls. Many coolers are starved of water and the patients, instead of cool air, are battered by warm wave of airs thus putting the patients to a great hardship.

Several patients of summer diseases have been admitted to these so-called cold wards. But the patients are forced to ponder over whether they have committed sins to be admitted in the Cold Wards as instead any relief they face more problems than the assumed relief when they got admitted into the Government Hospitals. However, the authorities of these hospitals claim that they are fully prepared themselves to tackle patients of summer diseases. Now-a-days, the Sun God is spitting fire with Nagpur recording 45 degree Celsius temperatures and sometimes the temperature crossing that figure, too.

The most disturbing fact comes to fore when the relatives or other near and dear ones of patients complain about no water in coolers or other shortcomings, the lower ranked ward boys or girls retort with exchange of angry words. But when the relatives approach ward sisters or doctors they instruct the ward boys to look into the matter. The ward boys too immediately correct the situation but as soon as the doctors leave the ward the ward boys get red-faced for complaints against them by the patients’ relatives and resort to vengeance. However, the doctors, too, face enormous difficulties due to the bad situation of “lack of proper facilities” and wrath of relatives of patients. And the situation becomes a nightmare for these doctors and they develop cold feet when a patient, unfortunately, dies of any of the summer diseases. Relatives take the advantage of lack of proper facilities and create uproar by blaming the doctors for the death of their patient and sometimes do not hesitate to assault the doctors and other staff. And the number of such cases has been increasing forcing the doctors urge the Government pass a law that provides stringent punishment for relatives and others if they assault doctors and other staff.

On the other hand, the Gastro patients are admitted to NMC’s Isolation Ward in Imambada area. The number of patients admitted to the Isolation Ward has increased considerably with over 50 Gastro patients being admitted just in a week. Majority of the Gastro patients are women who live in the slums. This year, too, as usual, several shortcomings have been noticed. The coolers in this ward are age old. Every year tenders are floated for new coolers. And after accepting the tenders, hundreds of new coolers are supplied to various Government as well as NMC hospitals. But surprisingly, only two or three new coolers are installed in the Cold Wards and the Isolation Ward. What happens to other new coolers is a sort of mystery. Perhaps the answer lies with concerned hospital authorities. Sometimes some patients, too, keep silence and tolerate lack of proper facilities thinking they have to return homes after the treatment. Then why blame the doctors and other staff and face wrath of them.

Some doctors, too, never care to visit the cold wards and remain in their cool chambers rather facing the summer heat or face the anger of patients’ relatives. The hospital authorities in turn blame the Engineer of Electricity Department based in PWD’s building in the hospital premises for the mess in Cold Wards. But the most shocking part of this nightmarish situations in the Government as well as NMC hospitals is that Maharashtra Government grants crores of rupees for these hospitals for creating more and more facilities but the “adamant and bad situations refuse to change. Now, the million dollar question is: Where the huge money goes? Would the higher ups in these hospitals explain the reason, please.