Techie love was soaring high and brains were competing far above the ground as ARK Technosolutions presented a gesture controlled Robotics Workshop entitled Sixth Sense Robotics in YCCE this weekend. The short course was organised by YCCE in association with IIT Bombay.

The workshop comprised of basics of sixth sense technology; introduction to Sixth Sense Bots, Vision Controlled Motion and Arduino Programming. Along with this participants got to learn the Image Processing of digital and analog cameras, video acquisition, capturing and storing process. Matlab was the software used. For interfacing, microcontroller usage was taught too. An Arduino kit was provided to a group of 5 participants. The participants were given a task in the end and total 5 teams were selected. They’ll be representing Nagpur province for the National Robotics Competition. 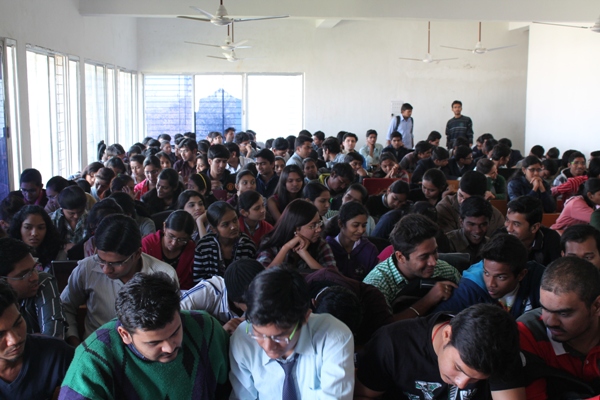