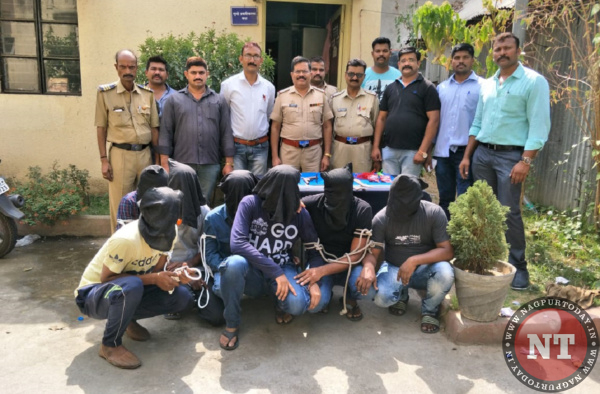 Nagpur: Acting of inputs, Sitabuldi police on Tuesday night foiled an imminent dacoity by nabbing a gang of seven desperadoes armed with a gun, two live cartridges, sword, knife and other material.

Sitabuldi API R B Mahale, based on complaint lodged by PSI Arun Bakal, booked the seven members of the gang under Section 399 of the IPC read with Sections 4/25, 3/25 of Arms Act and Section 135 of Maharashtra Police Act and placed them under arrest. Further investigation is underway.