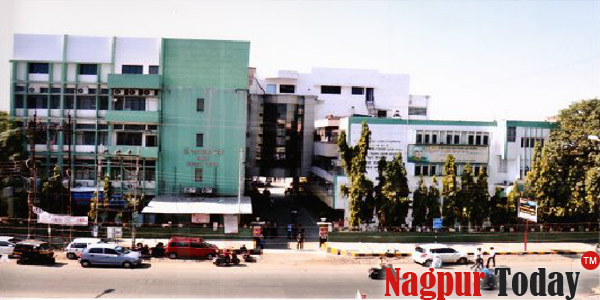 A division bench of justices Anoop Mohta and ZA Haq issued notices to Nagpur University registrar, joint director of higher education in Nagpur, president of Shivaji Education Society, besides Burghate and Shah, asking them to file reply before July 10. The court also directed to maintain ‘status-quo’ on transfer orders of petitioners issued by the secretary of Shivaji Education Society.

Bhanudas Kulkarni and Tushar Mandlekar were the counsels for the petitioners. They informed the judges that assistant professor in Geology Jaya Kodate was repeatedly humiliated by Shah by his highly indecent and objectionable behaviour. After her numerous complaints to the principal, a special investigation panel was constituted, that found him guilty. Moreover, the college’s ‘Women’s Cell’, Local Management Committee (LMC) and Women’s Grievance Cell also indicted him while recommending departmental action. However, the college management transferred the complainant instead of punishing the HoD.

Other petitioners- Vandana Meshram and Kalpana Pawar- who acted as panel members that indicted Shah, were allegedly threatened by the principal, who also deprived them of their legitimate rights of being appointed as heads of their respective departments. Fed up with continuous harassment, all three lodged a complaint on June 18 and 24 with Dhantoli police station while seeking protection.

Kulkarni and Mandlekar contended the petitioners were subjected to ‘sexual and mental harassment’ in the college, and instead of taking action against Shah, the management arbitrarily transferred them on June 25 in utmost vindictive and revengeful manner, only to teach them a lesson. Even the transfer orders were informed through SMS as petitioners had dared to raise voice against illegal activities of principal and HoD.

Citing the Supreme Court’s directions in famous ‘Vishakha versus State of Rajasthan’ case, they argued that college management had failed to give safe, secured and protected work environment to women. The petitioners prayed for directives to NU administration to constitute ‘internal committees’ to deal with cases of sexual harassment of women at workplace and setting aside their transfer orders.