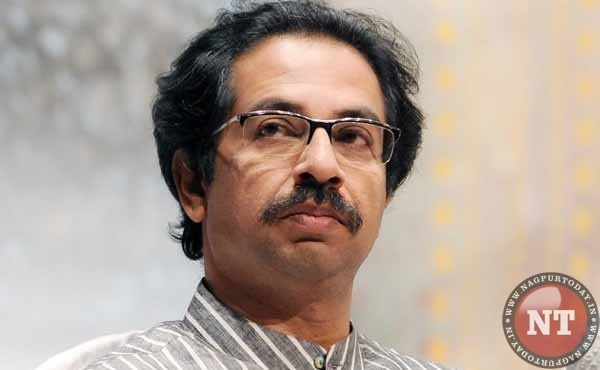 Mumbai: The Shiv Sena, an ally of the ruling Bharatiya Janata Party in Maharashtra, attended a rally with Opposition leaders against the government’s proposed bullet train project in the state.

The Sena’s decision to join leaders from the Congress, Nationalist Congress Party (NCP) and the Communist Party of India (Marxist) at the protest in Palghar comes after weeks of a high-pitched battle with its ally over a Lok Sabha seat in the district. While the Sena — which fielded its own candidate — lost the election to the BJP, it appears to be firm about not allying with it for the upcoming elections in 2019.

While party president Uddhav Thackeray was not at the rally, the Sena sent its spokesperson, Neelam Gorhe.

“It was Uddhavsaheb who had already declared his opposition to this project when a delegation of villagers had called him on May 18,” Gorhe said at the rally, and added that the Sena president had been steadfast in his opposition to the bullet train project.

“Instead of spending money on such money-guzzling projects, it makes sense to invest in the existing railways lines which would help the journey of local commuters make more comfortable,” she said.

While Congress leader and former Union minister of environment and forests, Jairam Ramesh, was to attend the rally, he asked a local Congress leader to represent the party.

One of the reasons Thackeray skipped the meeting was because no major leader from other parties was a part of the protest either.

Gorhe also said the residents of the 73 villages in Palghar that will be affected by the project were not taken into confidence by the National High Speed Rail Corporation (NHSRC) before it went ahead with the ₹1.10 lakh crore project. The corporation will buy around 1,400 hectares of land for the project, and thousands of tribal people will lose their livelihood,Gorhe said.

CPI(M) leader Ashok Dhawale, who was one of the main organisers of the meeting, said his party had invited all political parties, except the BJP, to take part in the rally. “It makes no sense to call the BJP, as it is the only party that wants the bullet train to come at any cost. All other parties want the project to scrapped, as it makes no economic and social sense at all,” Dhawale said.

The leaders also passed a resolution at the meeting, that no farmer will give an inch of land for the bullet train or another mega project, the Mumbai-Vadodara expressway project.

Nawab Malik, the NCP’s vice president, said at the rally that the bullet train should not be a priority of the govenrment, and that PM Modi should instead concentrate on strengthening the present railway infrastructure.

Ulka Mahajan, convenor of the forum, said the government deliberately diluted the law to get land from the tribals.

Political experts, however, said the Sena’s opposition to the project was just its way of getting back at the BJP. “The Shiv Sena knows the BJP is desperate for an alliance for the 2019 Lok Sabha polls, and hence, it is sparing no effort to make the BJP’s life uncomfortable.” said political analyst Surendra Jondhale. “Thackeray wants to boost the morale of Sena workers, who are not happy with the alliance.”

The Sena had been the big brother in the alliance with BJP for 25 years, but this ended in 2014, after the Assembly elections that year when the BJP won more seats and formed the government. The Sena, which joined the government later, had to be happy with a smaller share of ministries.

On Saturday, the Palghar District Collector Dr Prashant Narnaware called off a public consultative meeting between the NHSRC and stakeholders, as the farmers did not receive a technical report of the project and the meeting was convened at short notice.