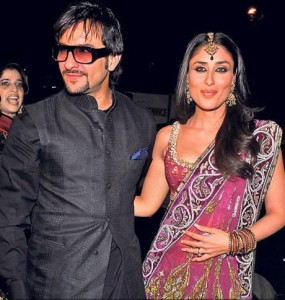 Nagpur Bollywood News : Proud mom Sharmila Tagore is leaving no stone unturned to make her son’s wedding an affair worth remembering. As Saif Ali Khan and Kareena Kapoor’s D-day approaches and arrangements for the royal wedding get final touches, Sharmila’s busy preparing the list of elite guests who would be attending the function that is to be held at the Pataudi Palace on Oct 16.

But it is known that due to a prior commitment, sources informed that Pranab Mukherjee is doubtful about attending the event.

The wedding will be a private affair and only close family members would be invited. After the wedding, a grand reception will be thrown for friends and close ones. Ace designer Ritu Kumar has been entrusted the task of designing Kareena Kapoor`s royal wedding dress. After marriage, Kareena will change her name to Kareena Kapoor Khan.