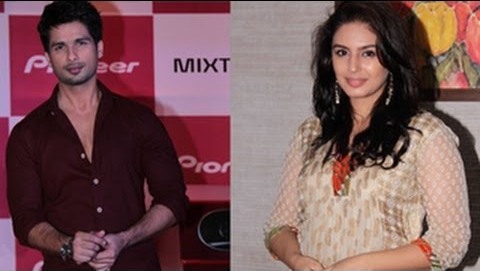 Shahid Kapoor is busy with his upcoming project “Phata Poster Nikla Hero” and today, he ended the long time coffee table discussion in relation to his links up with actress Huma Qureshi.

However Shahid’s spokesperson says, “Shahid had a very strong female following right from his first film. His boyish charm, attract umpteenth link-up stories, whenever he is spotted with a girl.”

“I have no clue where these stories crop from. I’ve met Huma only twice. Singledom has its own challenges. Every girl you meet is taken to be a potential relationship,” Shahid said in a statement.

Shahid Kapoor broke up with his girlfriend Kareena Kapoor in the year 2007. Then he was linked with Priyanka Chopra to Bipasha Basu.