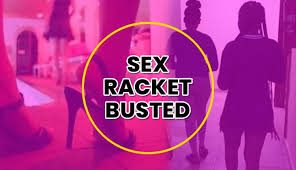 Nagpur: The Social Security Branch (SSB) of Nagpur Police busted a sex racket in Wathoda area and arrested three persons in this connection. A married woman was rescued by the police during the raid.

The arrested accused have been identified as Lahu Mahadeo Gedam, Rajendra Lahu Gedam and Sushila alias Shantabai Lahu Gedam, all residents of Plot No. 85, Vithoba Nagar, Wathoda. Police received a tip-off that the accused were running a sex racket by providing women to customers for sexual exploitation. The SSB team first sent a decoy customer to the house of the accused to confirm the information. After accepting Rs 2,500 from the decoy, the accused sent a woman to him. The decoy customer immediately signalled the SSB team which raided the house and arrested the accused persons.

According to police, the rescued woman was living as a tenant at Shantabai’s place in 2017. Shantabai lured her in the sex racket and was giving her Rs 500 per customer. The victim woman is also running tiffin box service, the police said.

An offence under Sections 3, 4, 5 and 7 of Prevention of Immoral Trafficking Act was registered at Wathoda Police Station against the accused. Accused Shantabai was earlier booked by Nandanvan and Sakkardara police for running sex racket.