The Joshi couple, who headed the scam-tainted Shreesurya Group, are desperately trying to evade imminent arrest and turning tables for anticipatory bails. 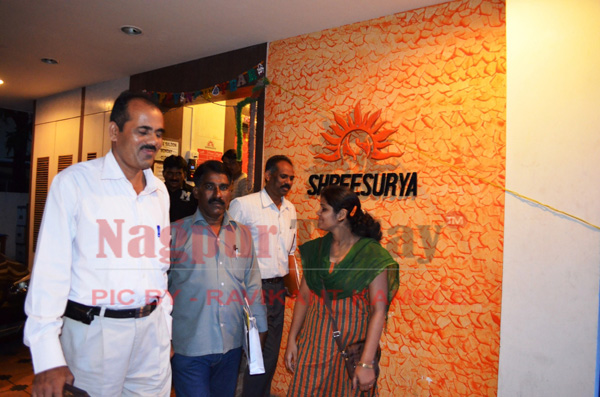 Nagpur News: The computers seized from the scam-tainted Shreesurya Group, during the raid of Economic Cell of Nagpur Police, would expose the “Mother of all black and white” nasty deals which robbed thousands of investors to the tune of crores and crores as far as Nagpur and Vidarbha are concerned.

According to sources, the “cheat, fraudster” Chairman of the Shreesurya Group Sameer Joshi and his wife Pallavi Joshi, apprehending an imminent arrest, have been tapping the court doors for anticipatory bails and are consulting the experts in the legal circle. Both the scamsters have been booked by the police on the charges of cheating, fraud and breaching the trust of investors by trapping and luring them with unbelievable interest of 40 per cent on their investments and promising them to make their investments double in two and half years.

The sources said, the Shreesurya Group, headed by Sameer Joshi cheated about 5000 investors from Nagpur and Vidarbha to the tune of a staggering Rs 200 crore or more by dangling the higher and higher interest.

COMPUTERS WILL REVEAL THE TRUTH:

According to a saying, “Computers don’t lie”, and the same saying would prove waterloo for the Joshi couple. The seized computers are being scanned by the experts and are watching the small screen expose the bigger, dirtier and defrauding actions of the devilish Shreesurya Group and its runners. The computers would come out with all the facts and figures of dealings, names of investors, the amounts invested. Police have also seized pen drives, hard discs, floppies and other crucial material, more than enough to hit the last nail on the coffin of the Shreesurya Group.

Meanwhile, police sources said, the Economic Cell of Nagpur Police have received more than 8 written complaints of cheating by Sameer Joshi and Pallavi Joshi with the amount standing at Rs 87 lakh. Police have appealed the cheated investors to come out in open and lodge their complaints with them.

The Economic Cell of Nagpur Police had raided the Group’s Headquarters in Telecom Nagar in Nagpur. During the raid the police had seized several incriminating documents, computers, hard discs and other crucial material related to the massive scam for inspection and investigation purposes.

The Shreesurya Group, in a cunningly well-planned conspiracy, trapped the investors with higher and higher returns on the investments. Even big shots in the society invested their massive “black” money in the Group.Now, cheated and robbed of crores, the bigwigs are hesitating to lodge complaints which may put themselves in trouble over the black money.

THE CHEATERS, ROBBERS IN NAGPUR: