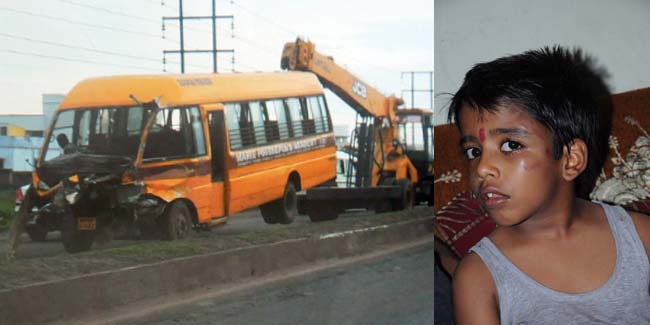 Nagpur News : Putting lives of 40 children on risk, an errant school bus driver turned a deaf ear to the student’s pleading to stop the vehicle and drove ahead to cross unmanned Kalama-Koradi railway crossing at Gulshan Nagar.

The driver violated the rules and collided with the diesel multi-loco engine of south east central railways (SECR) heading from Kalamna to Koradi on Thursday afternoon. The children were students of Marie Poussepin’s Academy at Khairi village. Luckily, only two children were injured and were discharged from the hospital after preliminary treatment.

Fearing danger, the driver fled the spot and the children were left crying in the bus with the conductor. No teacher was present in the bus. Parents claimed school authorities for overcrowding the bus with more than 40 children instead of its capacity of 35. The front shield of the bus was shattered in the collision.

All praise goes to engine driver H D Bhujade, whose timely action averted a major mishap. Bhujade said that he had blown the horn to alert the bus driver but at the last moment, he had to apply the emergency brakes to stop the engine or else, the bus would have overturned many times due to the strong collision causing causalities. 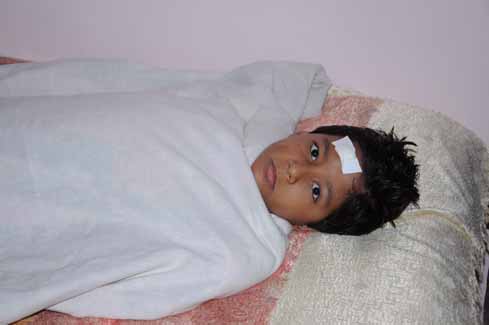 Vaibhav Samatkar, 13, a seventh standard student told that they asked the driver to stop but he didn’t listen to them. “We saw that the engine was coming at high speed. We thought the bus driver will stop but when he drove ahead, we screamed and pleaded him to stop the bus. But he didn’t listen to us and asked to sit down,” told Vaibhav who was the first to get out the bus. He told that the driver would regular cross the railway track.

Though sustained injuries on his hand, he jumped off the window of second seat and alerted people for help. He told that he asked the engine driver H D Bhujade for his cell phone and contact his uncle Rajesh Samatkar, who stays in Gulshan Nagar.

Another eight-year-old Rishabh Ukas, a second standard student sustained injury on his forehead. Students informed that around 8 students were drop to their residence before the mishap took place.

Within minutes, Yashodhara Nagar police and Railway police rushed to help. Samatkar, who claimed to have reached the spot within 10 minutes, told that he didn’t saw any staff from the school for one-and-half hour after the mishap. 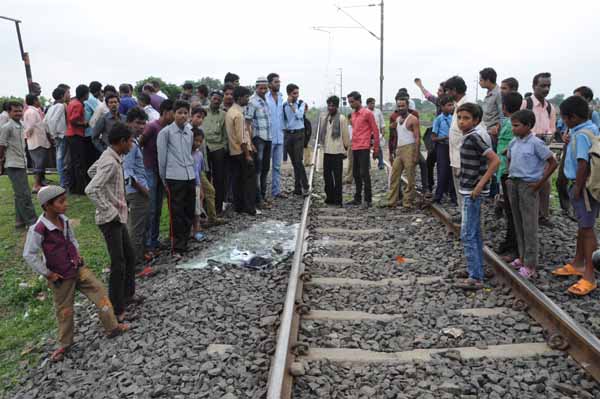 Students told Nagpur Today that the conductor would ask the students to sit on each other’s lap. “The seniors were asked to take the minors on their lap. We would seat either three or four on one seat,” informed a student.

However, the school authorities denied claiming that only 20 students were present in the bus during accident.

The nearby residents, who regularly travel through the same route and cross the railway track, alleged that they have been demanding for a gate at the crossing from past few years but no action has been taken.

“We have sent written applications many times to build a gate for the crossing but it’s of no use. Even, no guard is deployed on the track and thus many commuters dare to violate the rules,” said Samatkar. Few people even blamed the poor condition of roads and potholes causing accidents on the route.