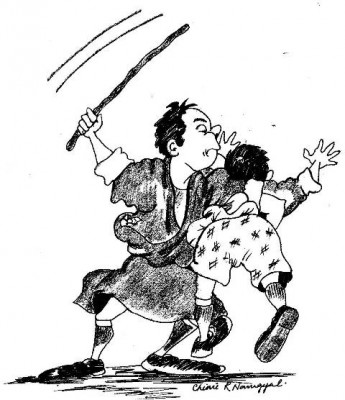 Nagpur News: City cops have finally mediated between the St. John School Management and the parents of the child who was beaten up by two teachers on Wednesday. The compromise however has not convinced the parents that Imad Patel the KG 1 student won’t be subjected to physical or mental torture int he future. Naushad said he would be going to the school on Saturday and taking a TC and would admit Imad to a school near his house. Naushad was concerned that the school sometime later would eventually avenge its embarrassment and would jeopardize the child’ s future. The school accepted that Imad was beaten with a wooden cane and has apologized to the parents.