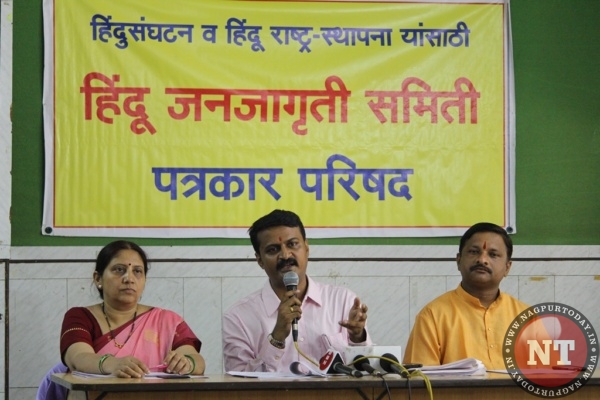 Mumbai: ‘Shri Sai Sansthan Trust’ of Shirdi purchased safety-material, as per demand made by the Police, for controlling the crowd in Simhastha Kumbha Mela held in Nashik, in 2015. As per the information gathered under the RTI Act, this material was purchased at exorbitant cost as compared with the estimated cost provided by the office of the Superintendent of Police, Ahmednagar. For example, the Manila rope (10,000 meters long) worth Rs. 60,000 was purchased for Rs. 18,50,000; similarly, rechargeable torches worth Rs. 400 each for Rs. 3,000 each, signboards worth 2,000 each for Rs. 9,2000, tarpaulin sheet worth Rs. 5,000 for Rs.22,575. The over-priced amount of Rs. 66,55,997 paid for the above purchases clearly indicate the corruption that took place in the purchases. In this matter, the Maharashtra Government had sent a letter dated 16th December 2016 to ‘Shri Sai Sansthan Trust’ asking for an explanation; however, despite the lapse of 15 months, no reply has been sent. Thus, doubt is created that the entire illegal actions are being suppressed. On the one hand, the Prime Minister is claiming that India is ‘corruption-free’, on the other, the actions of Chief Minister Devendra Fadnavis are not clear in this regard, stated Adv. Virendra Ichalkaranjikar, National President of Hindu Vidhidnya Parishad.

He was speaking at the press conference organised at Mumbai Marathi Patrakar Sangh on 24th May, 2018. On this occasion, Shri. Satish Kocharekar, Spokesperson of Hindu Janajagruti Samiti and Sau. Sunita Patil, Spokesperson of Sanatan Sanstha were also present.

Who is responsible for the items received after the conclusion of the Simhastha Kumbha Mela?

Many items, out of these, have been received a long time after the stipulated date as per the contract. The wireless tower was erected in the area of the Shirdi Police Station. This tower was erected after the conclusion of the Kumbha Mela in January 2016. The Shirdi Sansthan had instructed the Shirdi Police Station to procure many items including Printers, Computers, Xerox machines, 200 battery sticks used by traffic police etc. on 11th September 2015. What did the Police do with all the said items procured after the conclusion of the Kumbha Mela ? Also, raincoats were received on 21.9.2015; towards the end of the rainy season ! Apart from the items demanded by the police through their list, 300 iron barricades have been handed over to them ! Is there a mention of this on the list ? Have these barricades been returned by the Police ? In which capacity has this expenditure been incurred ?

Many questions like this remain unanswered ! These facts raise suspicion with regard to this matter. This matter is grave as it is under the direct control of the Law and Order Ministry handled by the Chief Minister. Law and Order is basically an administrative responsibility. Programs such as the above, indirectly contribute to the State coffers too. In spite of this fact, if temple funds are being applied, then why can funds of political parties be applied for covering election expenditure and for other social causes ? Adv. Ichalkaranjikar raised this question. He has also made the following demands –

1. This matter be investigated by high-level authorities

2. An inventory of the existing items be recorded. If this results in evidence of fraud and misappropriation, then prompt and stringent action be taken against the guilty officers and members of the Sansthan and the Police.

Why has the Shirdi Sansthan diverted 500 crores for the Nilavande

Dam and Canal Project from funds donated by devotees ?

Satish Kochrekar, Spokesperson of the Hindu Janajagruti Samiti (HJS), mentioned that the CM has, all of a sudden, granted 500 crore rupees of Shirdi Sansthan funds for the Nilavande Dam and Canal project whose construction is lying pending for the past 45 years in Ahmednagar District. Though this decision will help farmers get water and bring more land under irrigation, the fact remains that these funds have been granted by breaking all existing rules and regulations.

There is no provision in the ‘Sree Saibaba Sansthan Trust (Shirdi) Act 2004′, to allocate and distribute funds like the above. The Shirdi village is not going to be a beneficiary of the Nilavande Dam and Canal Project. Thus, the question remains that why are devotees’ donations being diverted to a project that is not going to benefit the Shirdi village in any manner whatsoever ? The said Canal could not be constructed in 45 long years due to the failure of the administration and its authorities ! Thus, it is prima facie evident that the CM has taken this irrational decision to extend political assistance to Vikhe-Patil, the Leader of Opposition of the Congress Party, who also represents Shirdi constituency. Irrigation is a grave issue. However, the BJP had assured that the persons guilty in the Rs.70,000 crores irrigation scam would be booked and be made to repay the misappropriated funds ! But CM Fadnavis has taken no action in this regard in the past 4 years ! On the contrary, the BJP Govt. is using its power to protect the guilty leaders, joining hands with them for political benefits and is looting money donated by devotees.

If the BJP is really concerned about water irrigation issue, it must first meet this expense from its party funds that run into billions, and complete these projects ! The State coffers are being made empty through corruption, the party private coffers are being filled, and a drama of conducting social work is being performed by using devotees・donations ! Devotees won tolerate this fake political drama. Adv. Virendra Ichalkaranjikar has warned of a public outcry in this regard.