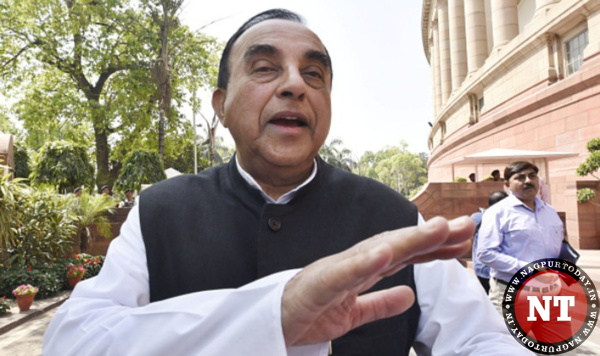 New Delhi: The Supreme Court today agreed to hear tomorrow a fresh plea of BJP leader Subramanian Swamy seeking to implead himself as a party in a petition filed against an Enforcement Directorate officer probing the Aircel-Maxis deal case.

A vacation bench comprising justices Arun Kumar Misra and S K Kaul also agreed to hear the plea of ED officer Rajeshwar Singh that contempt proceedings be initiated as attempts have been made to thwart the ongoing investigation in the Aircel-Maxis case.

Recently, a fresh petition was filed by one Rajneesh Kapur alleging that Singh, the investigating officer in the Aircel-Maxis case, has amassed disproportionate assets beyond the known sources of his income.

Swamy, who had earlier moved the apex court for expeditious investigation in the Aircel-Maxis case, has sought court’s direction for making himself as a party in the fresh plea filed by Kapur against the ED official.

Earlier, on June 20, Justice Indu Malhotra recused herself from hearing in the matter without assigning any reason. The apex court had on March 12 set a deadline of six months for the CBI and the ED to complete the investigation into the alleged irregularities in FIPB approval given in the Aircel-Maxis deal case in which former finance minister P Chidambaram and his son Karti have been questioned by probe agencies.