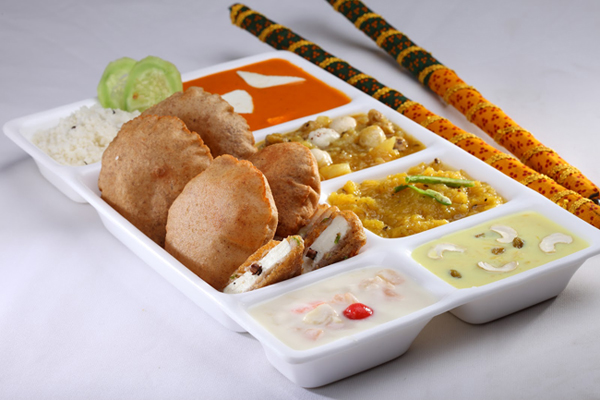 The Navratri (nine nights) festival which marks the onset of autumn is celebrated in different ways all over the country. It is a festival of worship, dance and music and is celebrated from the first to ninth date of Ashwin Shukla Paksha of the Hindu Calendar for the worship of Goddess Durga. North Indians celebrate the 9 days of Navratri watching the annual Ramlila performances under the post-monsoon skies full of twinkling stars. For 9 days, women wear their best saris and beautiful jewellery, and attend late night cultural programmes of music and dance. Coconut laddoos, payash, bundi sweets are typical Navratra food preparations. Navratri 2012 will be celebrated from October 16 to 24 October.