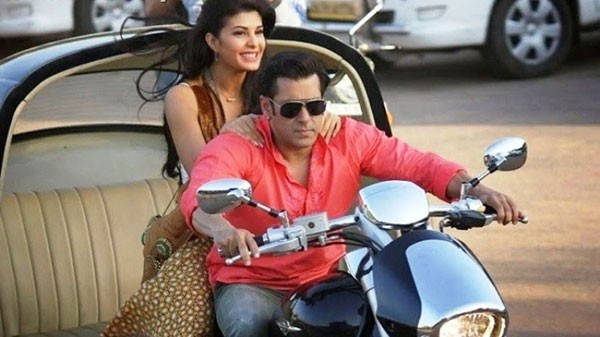 New Delhi: Superstar Salman Khan is currently wrapping up the shoot of his upcoming venture ‘Race 3’. The cast and crew recently flew to Jammu and Kashmir and even met the Chief Minister of the state. The team did manage to sneak out sometime in between work to enjoy the scenic beauty of the place.

Jacqueline had recently shared a gorgeous picture where she can be seen loaded with warm clothes whereas Sallu Bhai looks totally chilled out in his black ganji and denims. Now, several fan clubs have shared videos on social media where Salman can be seen enjoying his bike ride with Jacky baby in Leh.

Sallu Bhai and Jacky have done ‘Kick’ together and this will be there second film together.

The film happens to be the third instalment of the ‘Race’ franchise. The first two parts had Saif Ali Khan in the lead role. It will be interesting to see how Salman steps into his shoes and makes it edgy!