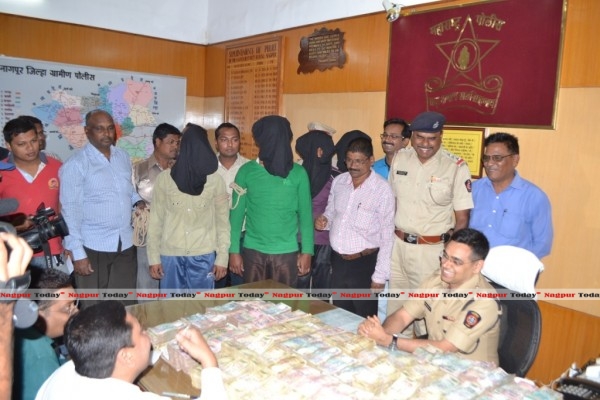 In a major turn and twist of events, the rural police cracked the robbery case and brought the culprit behind bars within 24 hours of the incident. However, the complainant initially reported the theft of Rs 7000 but the cops swung into action as soon as they learnt that the actual amount is Rs 1.46 crore.

On Saturday evening, Paresh Mahendra Bhimyani (29) lodged a complaint with Deolapar police that these miscreants intercepted him near Mansar toll booth and robbed him of Rs 7,000 cash and mobile phones. The thieves also took away a bag. Cops registered the case and sent a message on wireless about the theft. Paresh said the thieves also attacked other people accompanying him with stones.

Meanwhile, the patrolling police van zeroed in on a white Indica car as the driver drove too fast after seeing them. The cops chased him and took the driver Sheikh Yasin alias Raju Sheikh Nazir in custody. 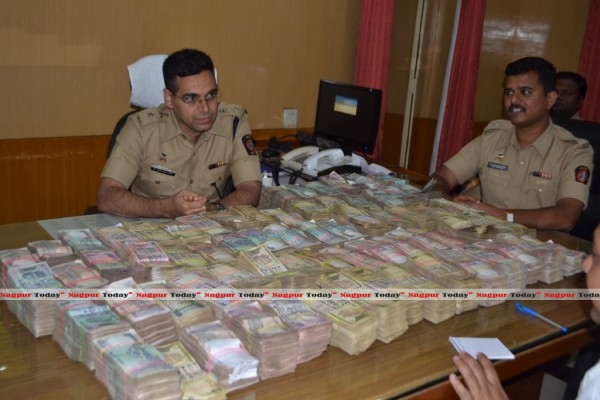 Later Sheikh Yasin spilled the beans as police resorted to force. He informed the police that it was Rs 1.46 crore in the bag. Cops were shocked to learn this new development in the case. They grilled him further and extracted the names of his accomplices involved in the theft. Yasin gave away the names of his other accomplices. The team then conducted raids at their residences and arrested the other accused, as per the directives of Superintendent of Police (Nagpur rural), Dr. Manoj Sharma.

On Monday, Dr Sharma informed a press conference that the case was taken casually when the theft of Rs 7,000 cash and mobile was registered, however, police investigation picked up speed after learning about the actual theft amount.

He informed the mediapersons that the complainant Paresh was not aware of material inside the bag and thus he informed the cops about Rs 7,000 cash, mobile phones and bags. Yasin informed them about the cash money being carried in the bags. Dr Sharma further informed that Mohd Naushad, Yasin and Sheikh Afsar were all residents of Rajv Gandhi Nagar and were facing a rough patch of their lives. One day, a person informed that a large amount of money is brought in the city by betelnut traders. Thus, Naushad, Yasin and Afsar planned to rob the car carrying the money bag. They also took Harun in their plan. On January 25, they stopped Paresh’s car and robbed them of their Rs 7,000, mobile phones and the bags containing Rs 1.46 crore. However, they had to stop when their car broke down. They rented a Tata Indica car and reached Kamptee and later dispersed to their respective places. However, police caught Yasin and their plan was foiled.

Dr Sharma said that after contacting the owner of betelnut company T T Shenoi confirmed that there were Rs 1.46 crore in the bag. The accused informed the police that two tippers were arranged to inform them about Paresh’s car. Police have launched search for the other suspected accused.

Income Tax Dept to be informed

Dr Sharma also mentioned that the issue would be taken to Income Tax department to enquire about the huge amount of money. He also admitted that the chances of involvement of hawala money could not be ruled out.