The efforts of the Regional Transport Office (RTO have come a cropper. The day the RTO privatized issuance of Pollution Under Control (PUC) Certificates and levied Green Tax, leave alone controlling pollution, the vehicles have been found polluting the environment in deadlier proportions. The RTO, which has been entrusted the responsibility to curb pollution, has emerged as revenue generating machine, instead. And the daily mopping up of Rs 30 lakh aptly proves the fact without any doubt. 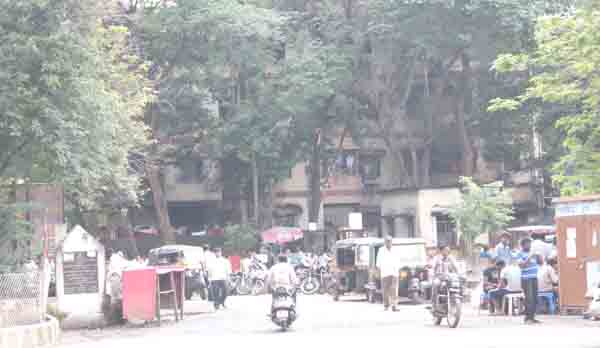 Nagpur News: Nagpur city is slowly and steadily getting under shadow of thick black smoke emitted uncontrollably by thousands of vehicle in all sizes and shapes. Not to mention, the thick black smoke is poisoning the environment which in turn taking the heavy toll of citizens who are riddled with lung disorders, and also psychological conditions. The rush at clinics, and hospitals, is more than enough to prove the disturbing aspect of life-threatening pollution. The toxic environment is becoming a silent killer without mercy and without warning. And the creator of all these ills is none but the RTO. 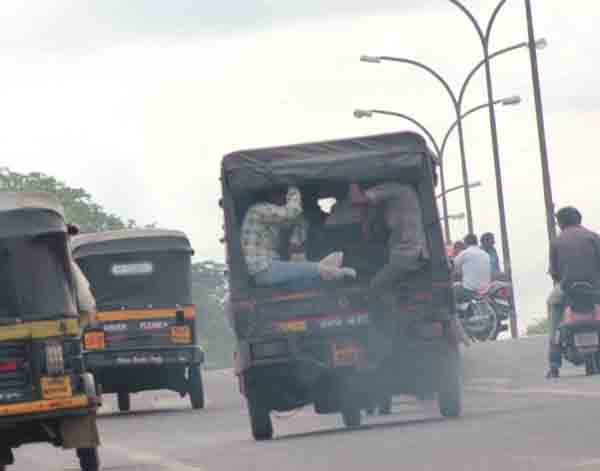 The efforts of the Regional Transport Office (RTO have come a cropper. The day the RTO privatized issuance of Pollution Under Control (PUC) Certificates and levied Green Tax, leave alone controlling pollution, the vehicles have been found polluting the environment in deadlier proportions. The RTO, which has been entrusted the responsibility to curb pollution, the agency has emerged as revenue generating machine, instead. And the daily mopping up of Rs 30 lakh aptly proves the fact without any doubt.

The RTO, in a good-intentioned decision, authorized 20 private centres to check the vehicles and issue the PUC certificates. Some centers are mobile and stand along the road sides and some are regular and are situated in the permanent structures. However, when the RTO authorities were asked to provide facts and figures of PUC Certificates and actions taken by the RTO in this regard, the authorities pretended as if it is a very petty issue. They only directed their fingers towards a Clerk of the concerned department and told to contact him for the information. The Clerk was also a smarter guy and did not divulge any figures and only said that the actions go on. The autos are being checked and fines recovered.

Anyhow, the attitude of RTO authorities was on the expected lines. The idiom “People who live in glass houses shouldn’t throw stones” applies perfectly to the RTO Office. When the RTO Office, which itself is not pollution free, then how could the authorities contribute in keeping the city pollution free. A “Nallah”, which flows very closely in front and other side of RTO, is full of filth and rotting garbage to the brim and spreads foul smell in the entire premises of the RTO.

The RTO authorities said, they are helpless in resolving the problem of shortage of staff. The RTO has only 10 approved Inspectors. There are 20 PUC Centres in the city. The Flying Squads inspect the certificates. The two Flying Squads consist of two employees each.

The RTO takes actions against the heavy smoke emitting vehicles thereby polluting the environment under Sections 115/190 of Motor Vehicles Act. The maximum fine recovered from such vehicles stands at Rs 1000.

The social worker and lawyer Adv Tushar Mandlekar said, “What action is being taken against the RTO itself which is neck deep in several shortcomings. The same RTO takes actions against the vehicles which are found with shortcomings and other related matters. The Transport Ministry is with the Chief Minister himself and is totally neglected the state of affairs in the Nagpur RTO. There is absolutely no control over pollution. Will the pollution decline just by way collecting taxes? Only looting is going on with impunity? The RTO is bereft of basic amenities like no sitting arrangements for visitors, drinking water, toilets and other facilities. Hundreds of applicants are not receiving licenses under home delivery scheme, Adv Tushar Mandlekar said.

The number of employees and visitors to RTO is limited to some extent. The Nagpur city is flooded with vehicles like cars, motorcycles, trucks, buses, two-wheeler, three-wheelers and the total stands at 12, 85,999. On the other hand, only there are only 5 Inspectors for initiating actions against the guilty. However, at present, the RTO is totally focused over a drive for installing e-meters in the autos. There are 17,156 autos running on the city streets.