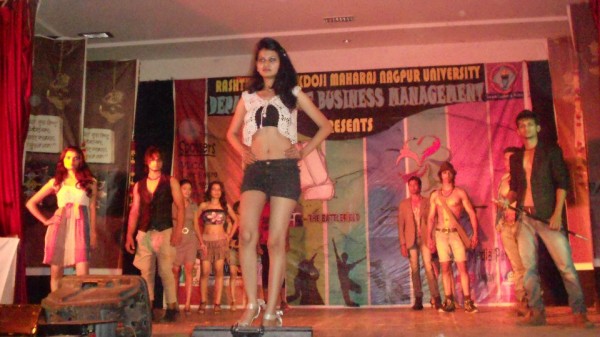 Nagpur News: The final show of Spandan drew a large gathering at Gurunanak hall on Saturday. It was celebration time for Raisoni College, as it bagged most of the prizes and was given the title of Best College. CIBMRD bagged the best crowd award and Ambedkar College was titled the Emerging College. Lokmanya Tilak institution and CP & Berar stood as the runner ups for best emerging colleges.

For Sudoku, CP & Berar took the first position. In cricket (boys), Ambedkar lifted the trophy, while the cricket (mixed) trophy went to Real Institution. Lokmanya Tilak Institution said check mate to others in chess, while Ambedkar College showed proved their daring by taking the first position for Roadies. Vroom went to Real Instition for computer-gaming. G.S College of Commerce became the Shuttle-Champ when it came to singles (boys) and SVSS girls didn’t let anyone stand in front of them. Dharampeth Science College proved “kis me hai dum”, by winning the arm wrestling contest. Ambedkar tuned everyone to their music by winning the singing competition and backed other prizes for debate, paper presentation and management quiz, while CP and Berar came up with the best add mad show!

The fashion show was judged by – Niyoti Pathak, Sharadha Meshram and Abhishek Soni. They have been choreographing Fashion Shows since 5 – 6 years. For dance Pooja Urkude helped to take the difficult decision of the winner. Pooja Urkude has been dancing since she was 6. She has been practicing Kathak and also runs an institute in Manewada, where she teaches all forms of traditional dance. It was a wonderful program put up by the Department of Business Mangement (DBM), Nagpur University.