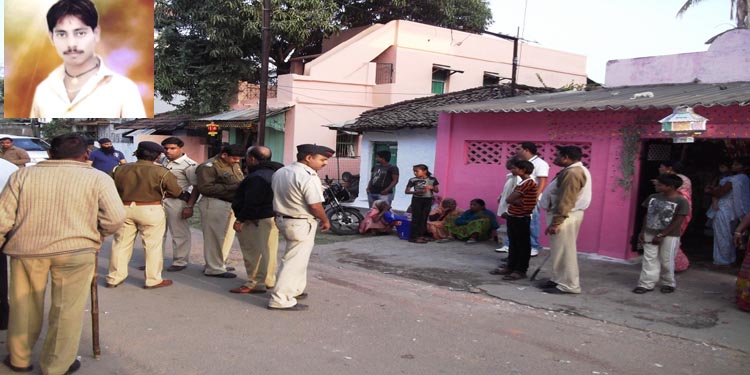 Nagpur News : In broad daylight on Sunday, a property dealer was killed and his pregnant wife was assaulted by a gang of youths who thronged at their residence at Kamal Square, opposite to Abhinav hospital under the jurisdiction of Pachpaoli police station.

Property dealer Suraj Yadav was brother-in-law of corporator Munna Yadav. His wife, who is seven months pregnant, is recuperating at a private hospital. The couple got married just two years before.
Police said around 3.30 pm, a mob of around 25 armed youths thronged at Yadav’s residence while he was resting. The youths attacked him to death. At the same time, his wife rushed to save him but was attacked too.
Cops informed that she was stabbed on her hands. “Though she suffered serious injuries but is stated to be out of danger,” said police.

Yadav, who had suffered more than 15 stab injuries, was rushed to nearby hospital by the neighbours. However, the doctors declared him brought dead. The body was later shifted to the mortuary at Mayo hospital.
Tension sparked at Mayo hospital after Munna Yadav’s supporters and the deceased’s relatives protested and raised slogans at the hospital for immediate arrest of the attackers. Pachpaoli police have registered a case of murder and attempt to murder against the attackers.

Relatives informed that earlier also, Yadav’s cousin has picked up a quarrel with him and had threatened him of dire consequences.