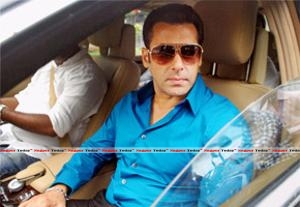 Bollywood superstar Salman Khan has reached Jodhpur to record his statement in court in the Arms Act case against him connected to the poaching of two chinkara deer and a blackbuck. Salman was summoned by the Chief Judicial Magistrate after being exempted from appearing in court till now.

“Salman has been asked to appear personally before the court on January 29,” Mr Khan’s counsel Hastimal Saraswat told news agency IANS on January 16.

The actor is accused of hunting and killing the endangered deer while shooting his film Hum Saath Saath Hain in Rajasthan in 1998. He has already twice spent time in the Jodhpur jail in connection to the case, in 1998 and again in 2007.

Fresh charges in the poaching case were framed against Salman in March last year after first the Rajasthan High Court and then the Supreme Court ruled that Section 148 of the Arms Act, or rioting with deadly weapons, could not be applied to him and sent the case back to the lower court.

His rifle and revolver were seized by the court when he was first accused of poaching and their licences were found to have expired.

Salman’s Hum Saath Saath Hain co-stars – Saif Ali Khan, Tabu, Sonali Bendre and Neelam – are charged with inciting the actor to hunt. In November last year, the Rajasthan High Court ordered that Salman Khan’s poaching conviction be suspended for visa purposes to make it easier for the actor, who had been denied an UK visa to shoot his film Kick, to travel abroad.