Nagpur News:  As Indian television’s one of the most iconic show ‘Pavitra Rishta’ recently completed a glorious run of 1000 episodes, Zee TV decided to put smile on the faces of its viewers in Nagpur by bringing actor Shakti Arora, better known as Purvi’s (Asha Negi) husband Dr. Onir Dutta, to the city. ‘Pavitra Rishta’, the heartwarming story of a lower middle-class Maharashtrian family staying in a suburban chawl of Mumbai has, over the years, laid claim to hearts of viewers and critics alike. 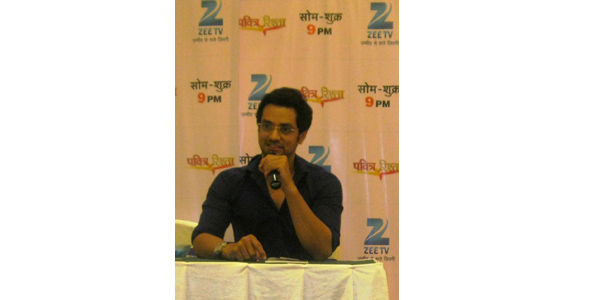 An elated Shakti Arora  revealed, “The most gratifying aspect of being a part of Pavitra Rishta is the passion with which the junta advises me on what to do next and what not to do, as if I really am Dr. Onir Dutta. This happens to me practically every time I step out into a public place. It speaks volumes about how real the show is, how closely the audience relates to all its characters and cares for them as if they were real people!”

Over the last few weeks, with Zee TV’s Pavitra Rishta completing 1000 episodes last week, the fervor around reuniting it’s lovebirds Arjun and Purvi has reached a fever pitch. With the channel’s Facebook page http://www.facebook.com/ZeeTvIndia and Twitter handle (@ZeeTvOfficial) being filled with such requests from fans all across the globe, some fans have taken their love for the couple to the next level, the fact being funny yet true, by threatening to go on a hunger strike if the channel doesn’t reunite Arjun and Purvi within the next week.

Besides writing emails and letters, Arvi (Arjun- Purvi) fans have also started an online petition to reunite the two on the show. Over the last few weeks, this petition has been signed by over 10,000 fans and continues to garner more support as the days go by. Audiences have signed the following online petition:- http://www.ipetitions.com/petition/reunite-arjun-and-purvi-arvi/

As reported, the recent track of Pavitra Rishta had both Ovi (Shruti Kanwar) and Purvi (Asha Negi) pregnant with Arjun’s (Rithvik Dhanjani) child. With Ovi’s delivery running into complications, she has had a miscarriage – a fact that only  Dr. Onir and Purvi know of! Following Ovi’s miscarriage, Purvi with the help of Dr. Onir, replaces Ovi’s dead child with her own baby. She does this as she is aware that the baby was the last thread of hope for Arjun and Ovi to connect as a couple. It is a sacrifice Purvi is willing to make in order to see Arjun and Ovi happy together. This act of baby swapping must, of course, stay a secret or all hell could break loose! However, Pooni (Jia Mustafa) seems to have some evidence that could lead to Arjun-Ovi finding out the truth. Will Dr. Onir and Purvi be able to stop Pooni from revealing the truth to Arjun-Ovi or will Arjun come to know that Purvi and he have a child together?

To find out more, the actor asked its viewers to keep watching Pavitra Rishta!