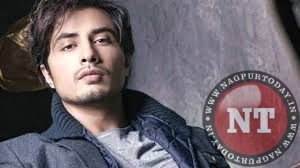 Pakistani singer-actor Meesha Shafi has accused Ali Zafar of sexually harassing her, saying the decision to share her #MeToo story was difficult but she felt it was important to break the culture of silence.

Singer-actor Zafar, a well-known face in Bollywood, has “categorically denied all claims of harassment” and said that he “intends to take this through the courts of law”. Shafi, who belongs to a family of actors, dropped the bombshell on Twitter where she posted a lengthy statement.

“Sharing this because I believe that by speaking out about my own experience of sexual harassment, I will break the culture of silence that permeates through our society. It is not easy to speak out.. but it is harder to stay silent. My conscience will not allow it anymore #MeToo,” she tweeted.

Shafi said she had been subjected to sexual harassment “of a physical nature at the hands of a colleague” on more than one occasion.

The actor-singer, who has produced a number of successful tracks and acted in high profile films such as Mira Nair’s “Reluctant Fundamentalist” and Bollywood film “Bhaag Milkha Bhaag”, said it has been a traumatic experience for her and her family. Referring to the ‘Me Too’ campaign, which became a rallying cry of women across the globe to share their experiences in the wake of Harvey Weinstein sexual harassment scandal in October 2017, Shafi said what concerned her the most was that she faced it despite being an “empowered” woman.