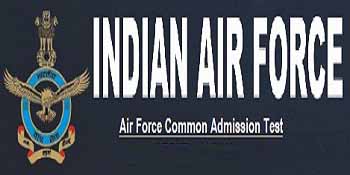 Nagpur News: A total of 5532 candidates from all over central India appeared for the Common Admission Test (AFCAT) to join IAF as officers in various branches at Nagpur.

Air Force Common Admission Test is conducted biannually for induction of officers in various branches of the Indian Air Force. The AFCAT, for which applications were submitted from 10 Dec 2012 to 08 Jan 2013, was conducted by Headquarters Maintenance Command (Unit), Air Force at KDK College of Engineering, Nandanvan, Nagpur on 24 Feb 2013 (Sunday). In the past too, KDK College of Engineering has been the venue for AFCAT, wherein large number of candidates have appeared for the test.

This time, 5,740 candidates had registered for this test at Nagpur centre. The test was conducted in two shifts i.e. 1000h to 1200h and 1300h to 1500h. The candidates reported at the examination venue well in time as per their shift reporting timing given in the Admit Card.

“The IAF provides an excellent opportunity for the youths of the country to release their dreams about a good career which pays them well and also provide tremendous job satisfaction of serving Motherland. Hence such a overwhelming response”, said Air Cmde NS Vaidya head of Maintenance Command’s Personnel Department. “We are trying to reach out to maximum numbers of youths in and around Nagpur, so that we are able to tap the talent and get potentially good officers from the region to join the Air Force” said Wg Cdr R Muthuvel of HQ Maintenance Command

Headquarters Maintenance Command (Unit), Air Force, in association with the management of KDK College of Engineering and with due support from all the concerned agencies is making elaborate arrangements for smooth conduct of the test, in future as well.