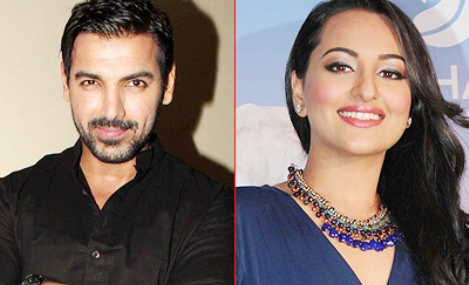 Sonakshi Sinha started her career from the film ‘Dabangg’ (2010) which went on to become the biggest block blaster hit of the year and since then there has been no looking back .Her next film was with “Rowdy “ Akshay Kumar which was again a blockbuster .

Since then Sonakshi is an established name in the tinsel town of Bollywood and according to the rumors doing the rounds she is supposed to replace the glamorous diva Katrina Kaif in the sequel to the 2007 super hit film, ‘Welcome’.

The sequel has been in the pipe line for a long time and finally it seems the director Anees Bazmee is all set to start shooting. The sequel is going to be named as ‘Welcome Back’ and the shooting will start from June this year.

John Abraham is going to be the leading actor of the flick. The glam doll Katrina Kaif was initially supposed to act in the sequel but now it is heard that her role in the movie will be done by Sonakshi instead. The movie viewers will witness the onscreen pairing of John and Sonakshi for the first time.

They say “Somebody’s loss is Somebody’s gain “but sometimes in this fight there is one who gets a lot of pain …..Right Salman?