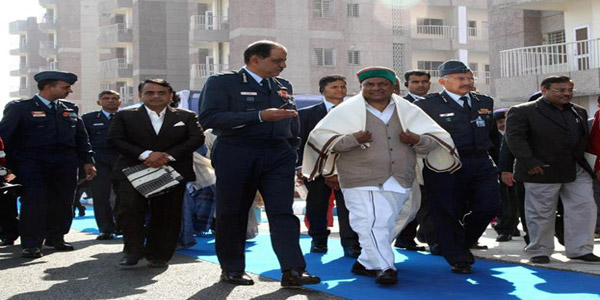 Nagpur News: The journalists, who desire to cherish the courage and daredevilry of Indian Armed Forces, a golden chance has come to their door steps. The Directorate of Public Relations, Defence Ministry, New Delhi is conducting a Defence Correspondents’ Course from August 18 to September 19.

Defence reporting, being sensitive and highly technical, this course is being conducted for correspondents to enable them to appreciate the nuances of dissemination of information to the people, keeping in view, national integrity, social harmony, and good neighbourly relations, informed a press release issued by Group Captain Mahesh Upasani, PRO (Defence) Nagpur.

The Group Captain further informed through the press release that the venue of the course would be intimated in due course. The Defence Ministry will be bear the expenses of boarding, lodging, course fee, and travelling during the conduct of the course. Similarly, the AC-II tier fare would be reimbursed to the participants from place of their journey to the initial place of reporting for the course and the final venue of the course to their destinations. Irrespective to the mode of the travel i.e. fligh/train/road reimbursement will be effected to the authorized AC-II tier fare or the lower amount , subject to the production of the tickets.

The name along with biodata, willingness certificate and three passport sized photographs should reach the office of Group Captain Mahesh Upasani, Public Relations Unit (Defence Ministry) Nagpur by June 5, 2013. The correspondents once nominated would not be allowed to withdraw their candidature, the press release further informed.