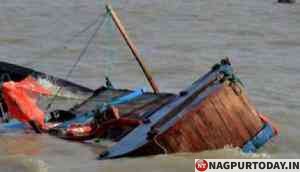 One person drowned and five others were rescued, when their boat capsized at Rangaon beach in Vasai town in Maharashtra’s Palghar district, police said on Saturday.

The incident took place late Friday evening, when six people hired a boat illegally and went for a joyride in the sea at Rangaon beach, an official said.

While Giriz resident Steven Coutinho (38) drowned, five others on the boat were rescued by locals, he said.

The body of the deceased has been sent for post-mortem and a case of accidental death has been registered in this regard, he added.