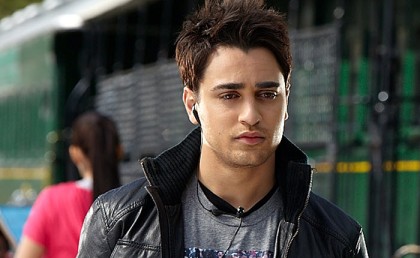 Now, not only the long-established old and gold actors including the Kapoors, or even the three Khans – Aamir, Salman and Shah Rukh are taking home a heavy pay cheque through this immeasurable Acting profession, but the youngsters are also following suit.

The recent example of the same being Aamir’s nephew, the young Imran Khan, who as per the reports recently demanded a heavy pay check for his work. Reportedly, Imran Khan has charged a huge amount of Rs. 11 crore for his upcoming sequel and gangster movie ‘Once Upon A Time In Mumbaai 2’, a Milan Luthria directed movie, which is set to release in August.

He will be accompanying the Khiladi of bollywood Akshay Kumar and Sonakshi Sinha. Once Upon A Time in Mumbaai 2 is a sequel to the 2010 hit ‘Once Upon A Time In Mumbai’. As per the reports, he is frequently compared with his uncle Aamir Khan, which gives him a pace to match up and stand by his fan’s expectations, and this time it is his consistency like uncle Aamir Khan that has made him fetch such an appreciable amount.

Imran Khan made a successful debut in Bollywood with ‘Jaane Tu…Ya Jaane Na’ in 2008 and then went on to deliver hits like ‘Delhi Belly’, ‘I Hate Luv Storys’ (2010), ‘Mere Brother Ki Dulhan’ (2011), ‘Ek Main Aur Ekk Tu ‘(2012) and ‘Matru Ki Bijlee Ka Mandola’ (2013). Thereby, being able to confer Bollywood with such series of hit movies, Imran Khan has undoubtedly set his foot firm in the Industry. His acting skills and charming approach towards his characters are no where hidden by now. The youngster, who is currently shooting for Punit Malhotra’s ‘Gori Tere Pyar Mein’ with Kareena Kapoor, is looking forward to more such ventures, where this year too, he will be seen in ‘Milan Talkies’ directed by Tigmanshu Dhulia.