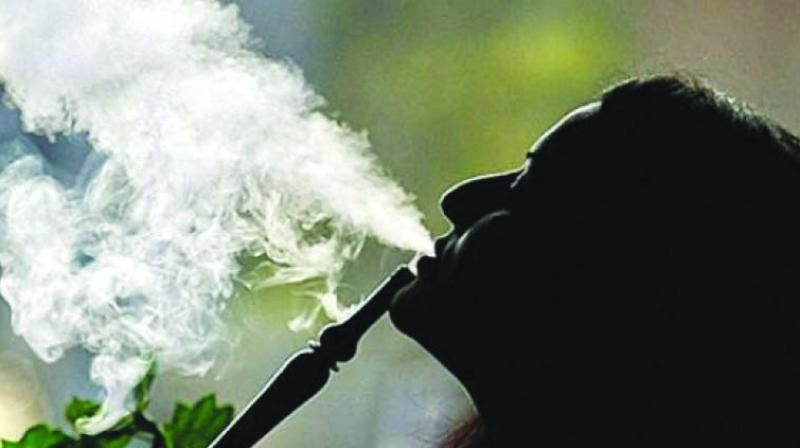 Nagpur: Taking strong note of the recent media outrage over the rampant mushrooming of hookah parlours in Nagpur, the city crime branch has launched a crack down on at least seven hookah parlours flourishing under jurisdiction of Ambazari Police Station. It may be noted that Nagpur Today has been consistently reporting on the hookah parlour menace which has been exponetially inflicting the lifestyle of youths.
Taking congnisance of series of reports published in Nagpur Today, especially a report in which a father raised the issue of his son’s death due to addiction to prohibited substances served at such parlours. It has also been surfaced that most of the hookah parlours has started facilitating contrabands and banned narcotics to the youths hitting their den.

Insiders informed that Commissioner of Police Dr K Venkatesham, had called in-charge of Ambazari Police Station Inspector Bhimrao Khandale and asked him to probe in the matter. It may be mentioned that most hookah joints operating in areas under jurisdiction of Ambazari Police Station had downed shutters 2 days ago
As per the report in Nagpur Today, the bereaved father lodged complaint about these parlours. However, no action was initiated by Ambazari police.

Dr Venkatesham had called Deputy Commissioner of Police (Detection) Sambhaji Kadam and directed him to swoop down on such establishments. DCP Kadam formed two teams and allotted them the task to inspect the hookah parlours operating in areas falling under Ambazari Police Station. DCP Kadam also inspected some of the establishment and cops challaned the owners of parlours under stringent provisions of law.

Haveli, Spades Cafe, Spot-9, Fusion, Check Mate and Vibes had chosen not to open their parlours in aftermath of getting tip about anticipated police raids, the sources claimed. Meanwhile, police have stated that they are going to keep vigil on these parlours and whenever they open for business their team are going to call on the establishments.