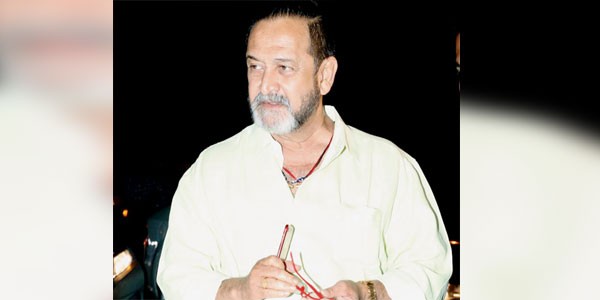 Congress seems to have latched on to the Marathi ‘big boss’ in its political pursuit ahead of next year’s elections. Popular actor, director, television anchor and leader Mahesh Manjrekar is expected to join the national party, which is spearheading a cabal of opposition parties. A top Congressman, who is authorised to clear inductions, told mid-day that Manjrekar would be taken into the party fold at a grand function in the first week of May in Mumbai.

Incidentally, Manjrekar, who is currently aligned with the Maharashtra Navnirman Sena (MNS), is a classmate of ex-CM and state Congress chief Ashok Chavan. Sources said this close link was instrumental in getting the actor-filmmaker into the Congress.

Manjrekar, 59, who is a friend of Raj Thackeray, had unsuccessfully contested the Lok Sabha polls on an MNS ticket from Mumbai North West in 2014. Since his defeat, the actor has stayed away from active politics, and it could not be verified if he is still with the MNS. Of late, he has been involved in Bollywood, where he has been busy promoting the Marathi film industry, where he is considered a game-changer.

Ten days ago, Manjrekar began anchoring the first edition of the Marathi version of the popular reality show Big Boss. The rising TRPs of the show are expected to get the required traction for the actor, who will probably be one of the Congress’s Lok Sabha or Vidhan Sabha candidates in Mumbai.