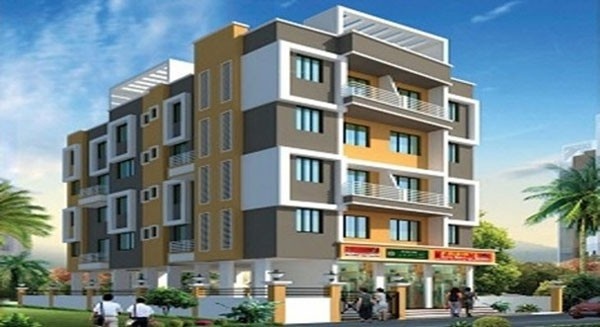 Taking into consideration the slump in realty sector throughout the state, the Maharashtra Government has decided to keep the present Ready Reckoner (RR) rates intact. Though there is no reduction in the rates, as was their demand, builders and developers have welcomed the Government’s decision not to go for a hike.

The government has maintained ready reckoner rates of the year 2017-2018 for the next financial year 2018-2019. This will be effective from April 1, 2018.
Inspector General of Stamps and Registration Office, Pune has sent an email to all the offices of Deputy Inspector General of Stamps and Registration Department in the state to maintain the old ready reckoner rates, highly placed sources confirmed to ‘The Hitavada’.

Sources said, in last two years, land prices dropped by almost 20-25 percent while ready reckoner rates were still on a higher side. There was more trouble from the Income Tax Department for the buyers as it charged 20-30 per cent tax on purchases made below the ready reckoner rates.
Market leaders stated that the realty market was still facing the effects of demonetisation and it would take some more years to recover from the bad financial phase.

Sunil Duddhalwar, former President of Nagpur Metro CREDAI, while welcoming the decision of the State Government said, “We hoped that the government will reduce the ready reckoner rates in the city. Present rates are not affordable as market is stagnant for last two years. In some areas, the land and flat prices are going down. It is necessary to make ready reckoner rates more realistic according to market.

“The linking of property purchase with the Income tax also created problem to the buyers as they have to pay tax on the difference amount of ready reckoner rates and actual purchase rates. Government should take some decision to reduce the rates,” he added.

Market sources claimed that the Nagpur office had proposed moderate hike in the ready reckoner rates in the city. Last year, the State Government had hiked the rates by 0-4 per cent in some parts of the city.
However, the government did not get positive response from the developers and buyers.

Transaction of properties is maximum in areas situated on the periphery of Nagpur due to its affordability. Peripheral areas like Bhamti, Besa, Beltarodi, Hingna road, Kamptee road, Jaitala and along Outer Ring Road, Koradi road, Amravati Road, Chhindwara Road, Umred Road are coming up very fast as destinations for investment in real estate. Whereas, core areas like Ajni, Sitabuldi, Deonagar, Khamla, Jaiprakash Nagar, Dharampeth, Ramdaspeth, Gandhibag, Mahal, West High Court, Dhantoli, Congress Nagar are not affordable for the investors and buyers due to artificial hike in prices.

“Market rates of properties are going down in outer parts of the city, however, there is much difference in ready reckoner rates and market rates. Therefore, it is necessary to reduce the rates in the city and rural areas. The government’s decision to maintain the rates may give some relief to the buyers,” said Mohan Choithani, a land developer working in rural areas.

The Stamps and Registration Office of Nagpur generated around Rs 660 crore revenue from the city and around Rs 175 crore from the peripheral areas in financial year 2017-2018. After failing to achieve the target of Rs 700 crore in the previous financial year due to ban on currency of Rs 1000 and Rs 500, the SRO was given less target this year which was achieved.