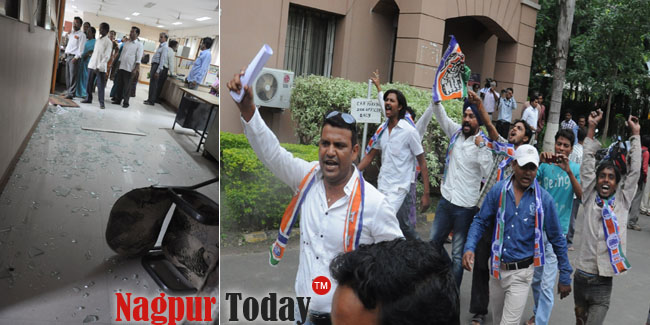 According to the police, Pardi and nearby area residents had submitted a deputation regarding repairing of potholes and damaged roads in their areas at NMC office. The residents were assured to start the repairing work within a month. However, since NMC failed to keep their promise, around 15 protestors barged into the office and ransacked the furniture. Intervention by police controlled the situation before it turned into worse. Police are tracing out the protestors.