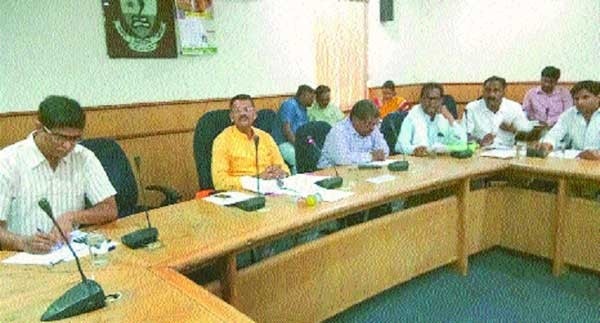 Presently, building plans are submitted manually to the department for sanction. This is a very time-consuming process and it also leaves scope for corruption. Earlier, there was an auto-DCR system but that system was not fool-proof. The builders and developers had apprehensions against the system. As a result, the civic body abruptly scrapped the entire system.

In the meeting, Bangale also directed to levy property tax on buildings having telecommunication towers. Presently, there is no binding on erection of these towers, said Bangale. He took stock of action pending against telecommunication towers on buildings. Pramod Gawande, Assistant Director of Town Planning of NMC, said that action against illegal towers had stopped due to directions of Nagpur bench of Bombay High Court. Bangale directed the department to get legal opinion and also discuss the issue with Municipal Commissioner in this regard. He also directed the officials concerned to explore the possibility of issuing notices to agencies that had erected telecommunication towers, for construction without obtaining necessary permission of the competent authority.

Regarding the ambitious Transit Oriented Development (TOD) near 500 meters on both sides of Nagpur Metro Rail project, Gawande said, State Government has appointed a senior officer for hearing the suggestions/objections received over ToD notification. The civic body has suggested to consider the suggestions of small plotholders too. Bangale directed the officials to issue reminder letter to the Government in this regard.