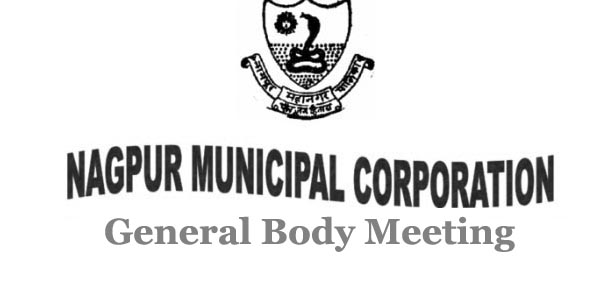 The first question was raised by Kishore Dorle on Property Tax. He said, “The property owners, who have not paid the tax, are being served Demand Notes with 2 per cent cess from the unpaid month. This move is totally contradictory to GR rules. My demand is that whenever  a new law is enforced or a GR is issued, the  tax payers should first be apprised of the law or GR.” Replying to Dorle’s question, the Head of the Property Tax Department Hastak, then Deputy Commissioner Ravindra Kumbhare, and finally the NMC Commissioner Shyam Wardhane in the damage control exercise saved the face of the Administration and assured concrete steps in this regard thus pacified Dorle. He also assured that the extra amount recovered from the citizens would be adjusted in the next bills.

The General Body Meeting then turned to pending questions of March 16 Meeting.

Corporator Sanjay Balpande lamented that the information of development works in his Ward carried out by the Government, Special MP-MLA  Funds is not being provided to him. A supplementary question on the same issue was raised by Dayashankar Tiwari. He said, “The same development work is being carried out by two organizations resulting in duplication of the bill. This must stop immediately,” Tiwari said. The Mayor Anil Sole directed the NMC Commissioner to apprise the Government of feelings of the House in this regard and take a firm decision so that the people’s money is not misused.

Praful Gudhade Patil demanded TDR scam report in the General Body Meeting. The NMC Commissioner without any delay told him that the report has already been handed over to Mayor. The reply angered Praful Patil and he charged that the Mayor is sitting on the report on TDR scam files in order to suppress the facts. However, the Mayor pacified Patil and said the report would be tabled in the House in the next meeting if Patil wished to be.

Praful Gudhade Patil also raised the important question over exploitation of private security guards deployed in the NMC. The private agency slyly withdraw money from salaries of the security guards through ATMs. The NMC should get the security guards registered with Maharashtra Security Guards Board so that the exploitation of private security guards could be curbed properly. Raising the supplementary question on the same question, Bandu Raut said the several computer operators in different departments are being given salaries of Rs 3000. They should be given the minimum salaries as decided by the Government. However, the NMC Commissioner avoided proper answers to the serious questions by just an assurance.

Praful Gudhade Patil raised a question over the directives by the House to Mayor in connection with change in utilization of Reservation No. SW 164 and SW 165. However, the Mayor resorted to avoid the issue. This  attitude of Mayor forced the Opposition Corporators including BSP Corporators pressured the Mayor to “open the secret.” But issue calmed down and after the Ruling Party Corporators adopted a skin saving actions. The issue would now be taken after a month. But the Mayor directed the NMC Commissioner to investigate the entire episode and table the report in the House if the need arises.

Corporator Abha Pande raised the issues of Brist, OCW, and Department related matters and said the Mayor’s directives have not been implemented. The NMC is spending Rs 18 lakh for cleaning toilets, Rs 1.75 crore for garbage cleaning, Rs 6 crore on OCW per month. But of no use. However, the “hurt” officials of of NMC skipped the answers very tactfully.

The Opposition Leader in NMC Vikas Thakre raised the questions on the issues of Water Works Department and Octroi Department. However, the NMC Administration could not give satisfactory replies forcing Thakre to charge the Commissioner with misleading the House. He asked the Mayor to show daring by dismissing  the employees who do not implement his orders. Finally, the NMC Administration promised to reply in the next meeting.

Apart from all these questions-answers, all the proposals included in the list of subjects, were passed by the General Body Meeting specifically  the proposal of help of Rs 1 lakh to the family of the kid Harshal Meshram who was swept way in a manhole by the swirling waters, and also to provide “Yevajdar” employment to one of his family members.