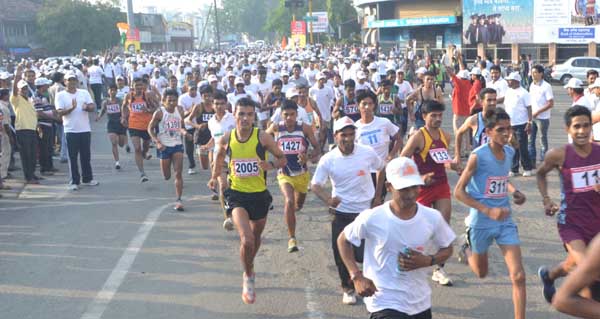 Nagpur News: Wenesday Morning thousands of Nagpurian’s were on the street running for a noble cause  to participate in “Bharat Jago Daud” to provide powerful wings to spread Swami Vivekanand’s most valued thoughts amongst today’s students and youths. 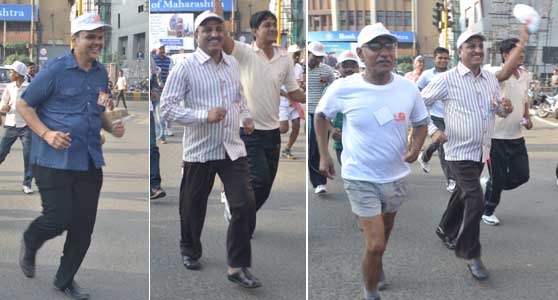 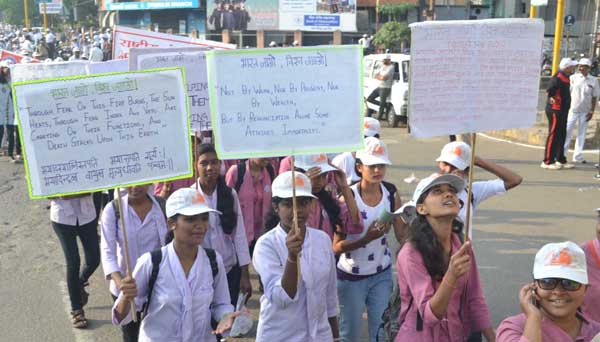 In Nagpur, the “Bharat Jago Daud”  was organized under the leadership of the Rashtrasant Tukdoji Maharaj Nagpur University (RTMNU) by Rashtriya Seva Yojna (National Service Scheme) and Physical Education Department of RTMNU. 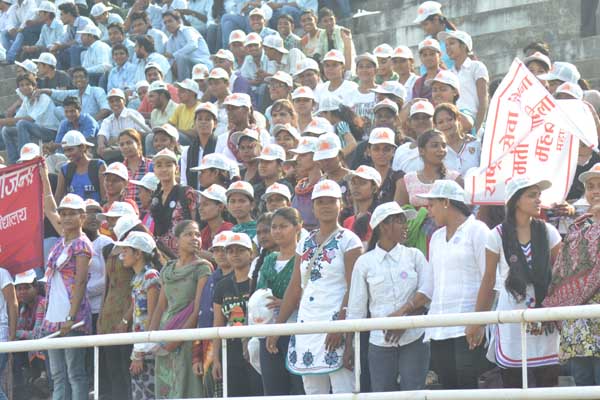 In the Nagpur “Bharat Jago Daud”, about 20000-25000 students and all age group citizens  participate in the race. Prominent personalities like Devendra Fadnavis, Mayor, Corporators, Principals, and others participated in the race. 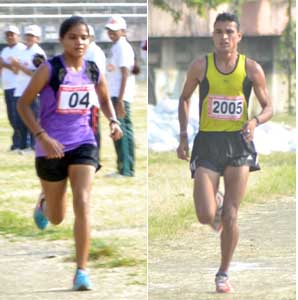