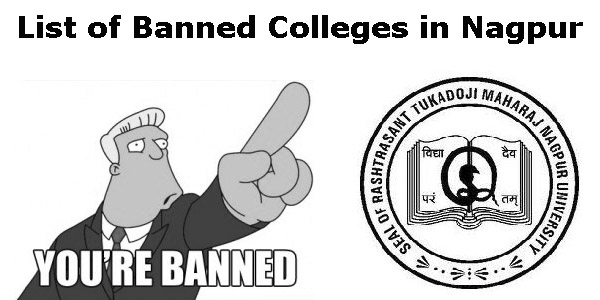 Nagpur: A day after news media report, vice chancellor SP Kane denied that Nagpur University (NU) administration was under political pressure to reverse its decision of freezing admissions in 248 colleges. However, in the same breath, Kane said they have asked colleges to appoint full-time teachers by September 5, and get permission to restart admissions.

This indicates complete U-turn, within a week, from the stringent decision by NU to freeze admissions in colleges running some or all courses without teachers and infrastructure. On June 5, news media had reported how political outfits were putting pressure on the administration to reverse the freeze order.

On Tuesday, NU had invited over 300 principals at its Convocation Hall to discuss several issues. During the meeting, the issue of blacklisted colleges came up, and several principals expressed their helplessness in appointing teachers.

“Non-aided colleges said it was not possible to sustain full-time teachers. I reminded them of the undertaking they had submitted while starting colleges without government aid. If they can’t fulfil conditions, why did they start the colleges,” Kane told news media in the evening.

However, Kane said he gave them one more chance to defreeze their admissions process. “We told them that there was still a chance. September 5 is the last date for admissions with special permission of VC. If they are able to appoint teachers before this date, then admissions would be allowed,” Kane said.

NU insiders said the softening of stance was nothing but the result of pressure by political outfits. “Even if teachers are recruited, the admission ban must stay for a year, so that colleges get a strong message. Now, they will resort to same old tactic of hiring teachers for a couple of months, and then getting rid of them after inspection,” they said.

Regarding Shikshan Manch, Kane explained that the meeting with its representatives had nothing to do with the freeze order. “ I was surprised to read in the newspaper about political pressure. The Shikshan Manch members had come to invite me for former President Pranab Mukherjee’s function at RSS’s Smruti Mandir,” Kane said.