A Nagpur man was arrested at Tribhuvan International Airport in the Nepalese capital for allegedly possessing two-and-half kilograms of gold.

Bikram Kumar Bisandar Chaitramani, who hails from Nagpur in Maharashtra, was arrested by police after he flew in from Dubai yesterday, ekantipur news portal reported.

Police official Bidur Chaudhary said Chaitramani had hidden two kilograms of gold in his shoes and worn a bracelet made of 500 grams of gold. 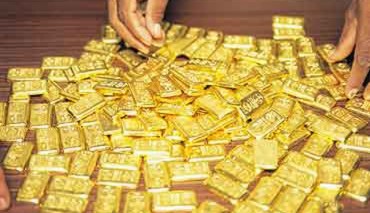