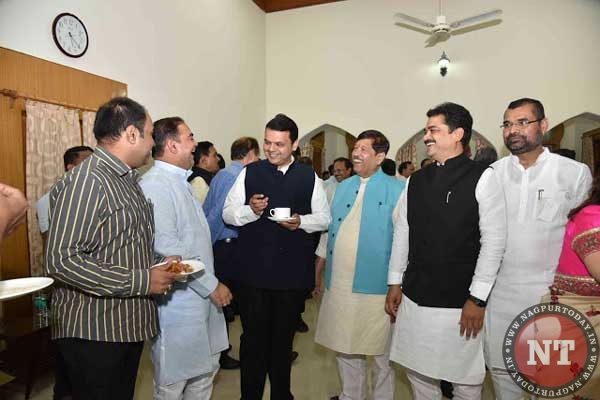 Leaders of Opposition including Radhakrishna Vikhe-Patil, Dhananjay Munde, Prithviraj Chavan, Ajit Pawar, Sunil Tatkare, Sharad Ranpise had a meeting on the eve of Monsoon Session of the State Assembly. State assembly would hold its Monsoon session at Nagpur between July 4th and 20’th, 2018.

Vikhe-Patil stated that the state government does not have the political will, planning, and understanding of issues. He said that Prime Minister has accepted the fitness challenge by cricketer Virat Kohli, ironically, the state government has failed to accept the challenges posed by aspirations of the people of Maharashtra.

Citing 2700 farmer suicide cases between June 2017 and May 2018, both Munde and Vikhe-Patil accused the government of betraying the farmers of the state. They alleged that neither loan waiver package has been implemented nor crop loans for Kharif season have been disbursed. Stating that Nanar project has exposed Shiv Sena, Opposition leaders alleged that Mumbai Development Plan is nothing but permission for builders to loot Mumbai.

Nagpur has become ‘Pistolpur’ (land of pistols), Chief Minister cannot maintain law and order in his own hometown, said Munde. He said that state Government has betrayed Maratha, Dhangar, Muslim and Halba communities by not paying heed to their issues of reservation. Both Munde and Vikhe-Patil said that since Government has ignored farmers, bank officers, and credit society officials are exploiting them.

Leaders of Opposition have accused the government of betraying the farmers of the state. They alleged that neither loan waiver package has been implemented nor crop loans for Kharif season have been disbursed.