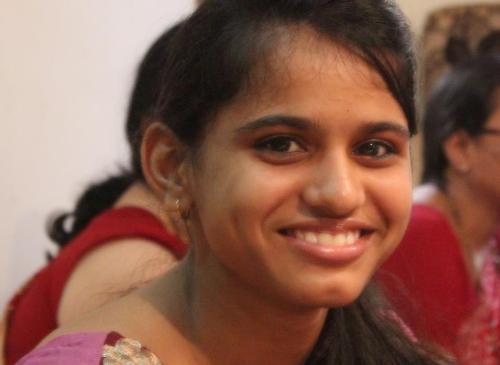 The Orange City is fast becoming a centre of significance with one after another Badminton player making the city proud. After ace shuttler Rasika Raje, now Mrunmayi Saoji unfurled the Nagpur flag high while participating in the 38th Junior National Badminton Championship in Chandigarh Monday.

Mrunmayi Saoji, representing Maharashtra, underlined her credentials as a fast improving player when she caused an upset in the third round of the U-17 and U-19 Girls Singles categories on the second day of the Championship.

Qualifier Mrunmayi, who trains in Nagpur under Robin Simon, had been in good form in the state championship and underlined her growing stature as a talented shuttler with a 21-15, 21-13 victory over Anoushka in the third round of the U-17 category and later came back to upset 10th seed Anura Prabhudesai of Goa 8-21, 21-16, 21-19.

In the U-17 pre-quarterfinals, Mrunmayi will face 13th seed V. Harika of Andhra Pradesh, while top seed Rituparna Das awaits her in the U-19 event.

Elsewhere, defending champion and top seed Harsheel Dani of Air India was stretched to the decider by M. Kanishq of Andhra Pradesh. The last time the two faced each other in the Sushant Chippalkati Memorial junior international meet, Kanishq had got the better of his senior opponent but the top seed kept his cool Monday despite the qualifier launching a late charge.