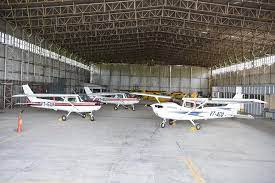 The Club was closed for the last three-and-a-half years due to the Maharashtra Government’s apathy. It was reopened in 2008 again after HC’s directives after being defunct for over 14 years. On Thursday, three NFC’s refurbished aircraft were towed out of its hangar for flying from the Dr Babasaheb Ambedkar Airport after a long gap and were successfully test flown. The fourth one would be tested soon.

The team from Director General of Civil Aviation (DGCA) will now inspect the facilities and test all aircraft before granting approval for restarting its full-fledged operations, including training aspirants for Private Pilot License (PPL) and Commercial Private License (CPL).

The Divisional Commissioner Sanjeev Kumar, who is also NFC’s ex-officio Chairman, said that the entire NFC team has worked very hard for restarting flying activities. Since all four were old aircraft, it was hard to make them ready for flying and seek permissions from the DGCA in this regard. Now, after the successful flying, the Club can restart all activities at the prestigious club shortly.

The report of successful test-flight would be submitted to higher authorities as per the procedure. After DGCA nod, the NFC aircraft would get an airworthiness review certificate. The three aircraft that took test-flight on Thursday are of Cessna-152 class, and the fourth one is Cessna-172 class. The aircraft that were flight-tested on Thursday, taxied from NFC hangar to the airport runway and then got airborne. The crew required for smooth operations was assembled for the test flight.

A Public Interest Litigation was filed before the High Court, which issued several directions to the authorities concerned. The petition was originally filed by Flt Lt Shridhar Ghatate, an alumnus of NFC, and now carried forward by his wife Sumedha through Adv Shriniwas Deshpande, himself a keen flying enthusiast and alumnus of NFC.

During COVID-19 pandemic and lockdown, the administration kept working on removing hurdles in the path of revival of the NFC. Now, the efforts appear to be yielding desired results. The NFC was founded in 1947. It rose to prominence and imparted flying training to several aspiring pilots. Considering the career opportunities opening up in the aviation sector, Maharashtra Government registered Nagpur Flying Club Pvt Ltd as a Government-owned company on December 21, 2016. The Board of Directors of the company worked on revival of the club. Initially, it took up mandatory exchange of three aircraft and strip inspection of an aircraft. Non-Destructive Testing also was conducted as per the standards. The hangar was renovated, radio equipment was repaired, and other such steps were taken. Registration of aero-mobile license from Aero Club of India, and other necessary requirements were fulfilled following which the test-flight was conducted on Thursday.