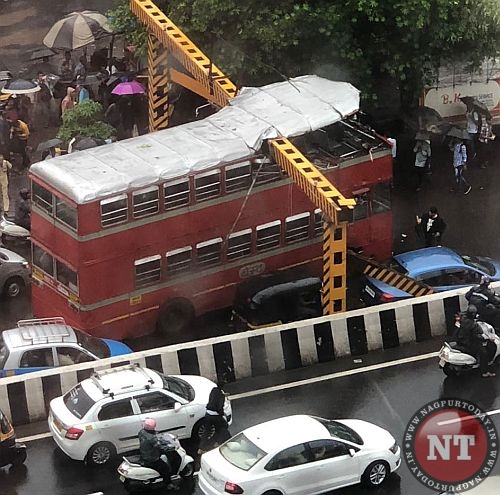 MUMBAI: Heavy rain, flooded roads, a bridge collapse and now a double-decker bus that crashed into an overhead height restriction barrier at the Western Express Highway near Vakola. Half the roof of the bus was scraped off, but miraculously not a single passenger has been injured.

Railway Minister Piyush Goyal has ordered an inquiry over the collapse of a foot overbridge on the Western Railway tracks in Mumbai.

Two passers-by were reportedly injured in the incident, civic sources said.
It is suspected that some people are trapped under the debris of the collapsed overbridge, a senior fire brigade official said, adding that a search and rescue operation is underway.

Office-goers bore the maximum brunt of the incident as many of them could not reach their work places.