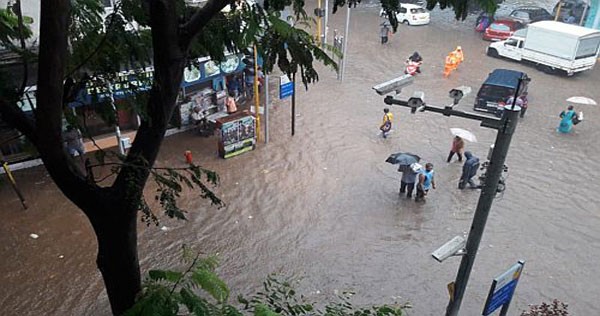 Mumbai: These may be just pre-monsoon showers, but clearly they are a harbinger of the season ahead. Between 18 mm and 20 mm of rain has been reported in the city. Suburban trains, long-distance trains, flights, have all been delayed after heavy rains lashed Mumbai this morning.

Reports say a Jet Airways flight from London has been diverted to Ahmedabad.Flooded roads have been reported from Dadar, Parel, Cuffe Parade, Bandra, Borivali and Andheri. Disaster management authorities have warned about very heavy rainfall over the next 24 hours.Trains were running late by over 30 minutes on the Central railway after reports of a landslide at Mumbra.

The Brihanmumbai Municipal Corporation administration has taken a number of precautionary measures to tackle any eventuality in view of extremely heavy rainfall warning by the India Meteorological Department from June 9 to 11, a statement issued by the civic body said.