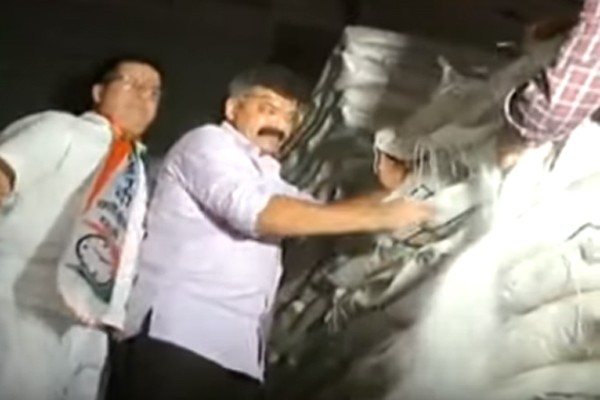 Mumbai: The Maharashtra Navnirman Sena and NCP opposed the sale and distribution of sugar imported from Pakistan at the Navi Mumbai market.

In Mumbai, NCP workers destroyed the sugar kept in mills. NCP alleged that the sugar is made in Pakistan and it affects domestic sugar producers. They say that the move would work against the interest of domestic sugarcane cultivators and would reduce their profit.

“There is already a glut in production of sugar in the country, apart from the carry forward sugar stock from the previous year. On the top of it, Union government has imported sugar and that to from Pakistan. This will cause domestic sugar prices to crash. We are against such imports of sugar,” said Gajanan Kale, who heads the Navi Mumbai unit of the MNS.

He said the imported sugar will affect the local farmers’ prospects of getting better remuneration for their produce.

“Farmers from Maharashtra have sought loan for growing sugarcane. Many of them have even borrowed from local money-lenders. With such imports, the Union government is crushing the farmers’ dream of better earnings from the sugarcane production. This is a highly unfair move by the government.” he said.